What is a Rootkit?

A common rootkit definition is a type of malware program that enables cyber criminals to gain access to and infiltrate data from machines without being detected.

It covers software toolboxes designed to infect computers, give the attacker remote control, and remain hidden for a long period of time. As a result, rootkits are one of the most difficult malware strands to discover and remove, and are frequently used to eavesdrop on users and launch attacks on machines.

Rootkit malware can contain multiple malicious tools, which typically include bots to launch distributed denial-of-service (DDoS) attacks; software that can disable security software, steal banking and credit card details, and steal passwords; and keystroke loggers. A rootkit usually provides an attacker with a backdoor into a machine, which gives them access to the infected computer and enables them to change or remove software and components when they choose.

Rootkits can be installed through several methods, but they typically target a vulnerability in a machine’s operating system (OS) or application on the machine. Attackers will target known vulnerabilities and use exploit code to attack a machine, then install a rootkit and other components that give them remote access.

Another common rootkit installation method is through infected universal serial bus (USB) drives that attackers leave in public places in the hope that unwitting victims will pick them up and plug them into a machine. The malware hidden on a USB drive will then install as part of an application or file that appears to be legitimate.

However, rootkits are not only used for malicious purposes. They are also used by organizations and law enforcement to monitor employees, which enable them to investigate machines and counter possible cyber threats.

There are several rootkit virus types that give attackers different routes into computers and enable them to steal data from users.

A firmware rootkit, also known as a hardware rootkit, typically aims to infect a computer’s hard drive and basic input/output system (BIOS), the software installed onto a small memory chip in the motherboard. Some firmware rootkits can be used to infect a user’s router, as well as intercept data written on hard disks.

A bootloader is an important element of any computer and is central to a machine booting up. The special OS software loads in the memory of a computer after it starts up and is typically launched by a compact disc (CD) or digital versatile disc (DVD), hard drive, or USB stick, which tells the BIOS where the bootloader is. A bootloader toolkit attacks this system by replacing a machine’s bootloader with a hacked version.

A bootloader rootkit infects the master boot record or volume boot record, which means it does not show up in users’ standard file systems. This makes it extremely difficult for the rootkit to be detected by anti-rootkit and antivirus software. It may also modify boot records, which could damage a machine when removed.

A memory rootkit hides in a machine’s random access memory (RAM), the hardware that enables data to be received and stored on a computer. These rootkits only have short lifespans, but they can carry out extremely harmful activity in the background of a machine.

Memory rootkits live in a machine’s RAM and typically disappear when the system is rebooted, but they can sometimes require additional work to be removed. They reduce the performance of a machine’s RAM by eating up resources with their malicious processes.

An application rootkit replaces the files on a computer with malicious rootkit files, which changes the performance of standard applications like Notepad, Paint, or Word. Every time a user runs these applications, they give the hacker access to their computer. The infected programs run as usual, which can make it difficult to detect that a rootkit is present, but they should be discovered with good anti-rootkit or antivirus programs.

Kernel mode rootkits are pieces of advanced, complex malware that target a machine’s OS. They give an attacker simple access to a machine, enabling them to steal data and modify how the OS works by adding, deleting, or replacing its code.

Creating a kernel mode rootkit requires significant technical knowledge, which means if it has bugs or glitches, then it could have a huge impact on the infected machine’s performance. However, a kernel rootkit laden with bugs is easier to detect as it leaves a trail for anti-rootkit or antivirus software.

These rootkit types have been used to create devastating attacks, including: Detecting Rootkits - What is a Rootkit Scan?

A rootkit scan is the most effective method for users and organizations to detect rootkit infections. Rootkits are typically difficult for a machine's OS to detect as they are designed to camouflage themselves within a user’s system. As a result, antivirus solutions that can perform rootkit scans are often required to discover the malware.

Rootkit scans search for known attack signatures. One way they go about finding malware is through memory dump analysis, which discovers the instructions that a rootkit executes in a machine’s memory. Another method rootkit scans use is behavioral analysis, which searches for rootkit-like behaviors rather than the rootkit itself. This method is capable of alerting users to the presence of a rootkit before they become aware that they are under attack.

Rootkits are one of the most difficult malware programs to remove from infected machines. As a result, there is no guaranteed method for recovering a machine infiltrated by a rootkit, but there are steps that users and organizations can take to protect their computers and remove the malware.

Once a rootkit has been detected, the following process should be followed to remove it:

Rootkits can be extremely difficult to remove, but they can be prevented from infecting machines in the same way as other forms of malware. Basic steps to follow to avoid rootkit infection include:

The Fortinet NGFWs are crucial to organizations that want to achieve digital transformation as they protect every edge and application at scale. They automate workflows, improve operational efficiency, and deliver best-of-breed protection against advanced threats.

What is a Rootkit Attack?

A rootkit attack occurs when a piece of malicious software infiltrates a computer, enabling an attacker to gain access and control of the machine and steal data from it. Rootkits are designed to evade detection and can remain hidden on machines for a long period of time. A rootkit often contains multiple tools, such as bots, keystroke loggers, and software that steals banking details and passwords.

How are Rootkits Detected?

Rootkits can be detected through a rootkit scan, which is typically part of antivirus solutions. They search for known attack signatures and rootkit behaviors.

Is Rootkit a virus?

No, a rootkit is not a virus. Computer viruses are programs or pieces of code that damage machines by corrupting files, destroying data, or wasting resources. A rootkit is a type of malware that infects a machine and enables an attacker to perform actions or steal data.

What is a Trojan Horse Virus?

A Trojan horse virus is a type of malware that disguises itself within legitimate applications and software.
Trending Now

Malware, or malicious software, refers to cyber attacks such as viruses, spyware, and ransomware. Learn how to recognize and combat malware on your network.
Trending Now

How to Detect the Presence of a Keylogger on Your Phone

A keylogger, once installed on your device, records the keystrokes you make and sends them to a hacker. 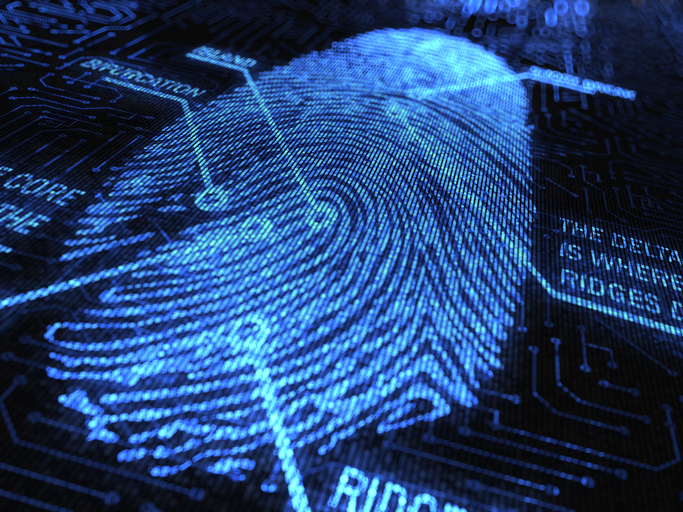 ANALYST REPORT: Security Controls in the US Enterprise

WHITE PAPER: Integrating a Sandbox Into Your Infrastructure