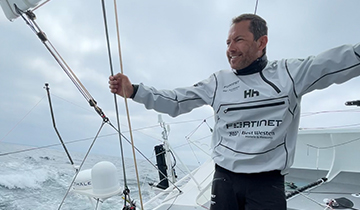 On the Fortinet-Best Western boat, Romain Attanasio will participate in all the major singlehanded and double-handed yacht races: