The Angry Spam and The Tricky Macro Delivers Updated Hancitor 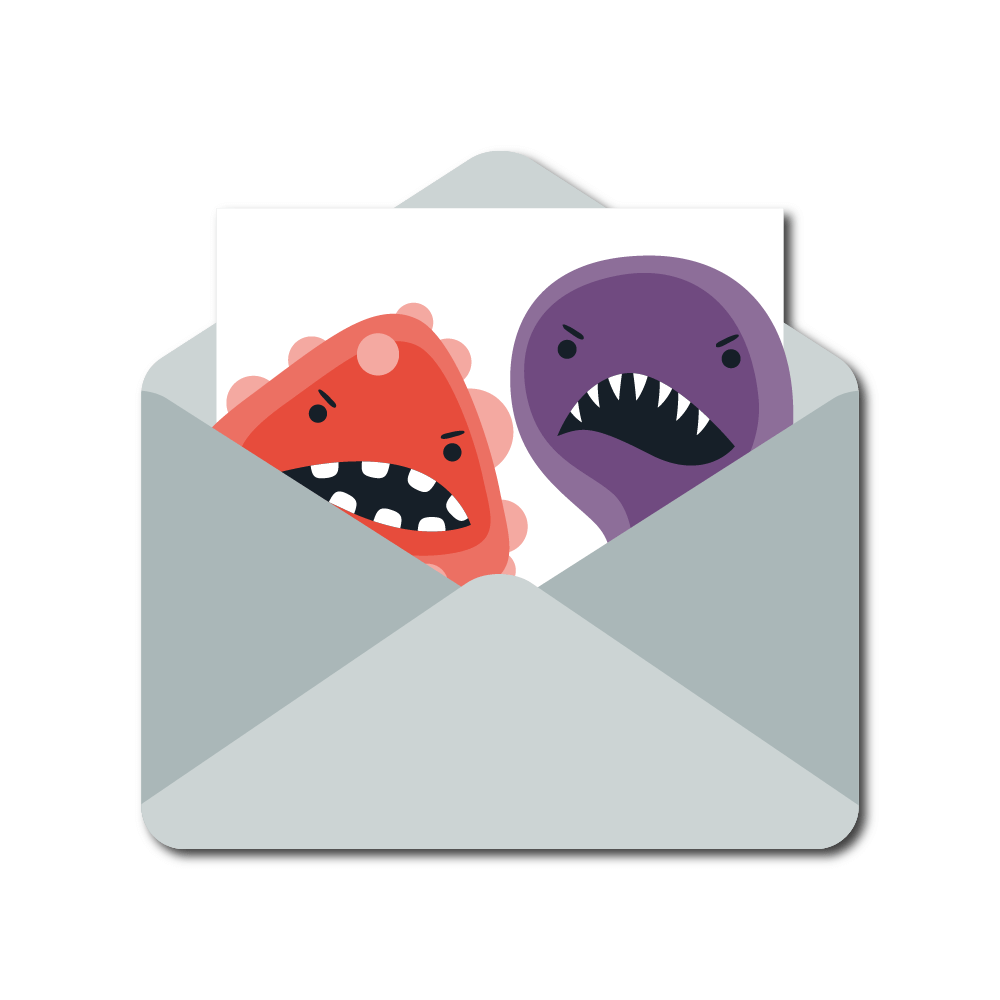 Hancitor is one of the better-known malware downloaders due to its numerous SPAM runs and evolving delivery technique. It reminds us of Upatre, which gained notoriety status over the past two years but has now died down, possibly due to the takedowns of its major payloads. In the case of Hancitor, it still seen as a favourite carrier of very much active malware families such as Pony and Vawtrak.

Just recently, we found a new spam campaign of Hancitor with some notable developments that may have been in the previous variants, but were not discussed in any other reports. This article revolves around the macro tricks it uses to stall analysts, and new commands that it utilizes to better persist on infected devices. Finally, this variant also contains an interesting piece of comment by the malware author written in the macro code, which made us feel obliged to take a closer look in the first place.

The new spam run involves a fake complaint mail from an upset sender regarding an unauthorized credit card charge. As usual, it contains a document with an embedded macro as an attachment.

Because most malware vectors are comprised of a SPAM-Macro combination, what happens next should be obvious.

The document starts with a typical macro malware message with instructions that the macro must be enabled in order to access what is claimed to be a protected document. To make the story more believable, the document has actually been protected by a password, which restricts any editing or formatting to the document – an attempt to appear more convincing. 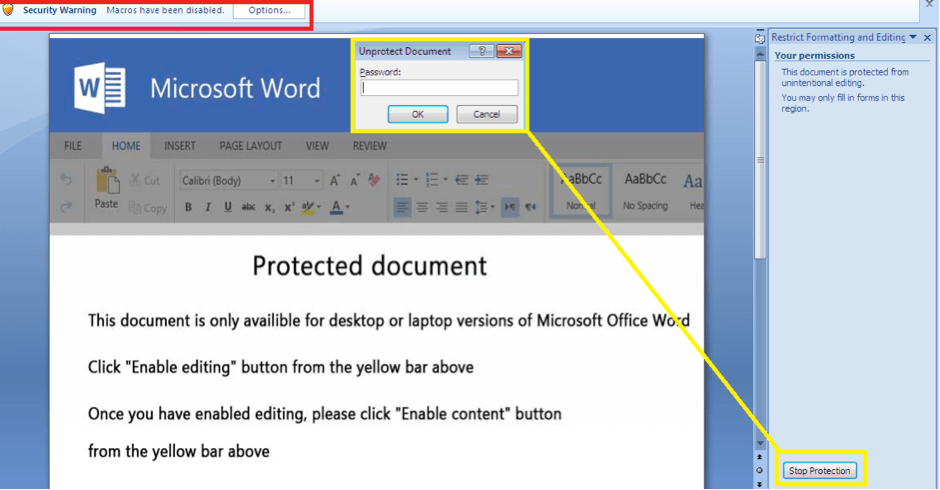 Fig.2 Document was protected to be more convincing

There have been several developments of document macros being used by Hancitor, which separates it from previous variants used by other malware families.

Garbage codes in the form of comments are included, to confuse both analysts and signature-based detections. The author also added some interesting comments directed towards Fortinet. Although the reminder is unnecessary, it’s always nice to be recognized (*wink*.)

In addition, it also has a unique way of executing its payload. Unlike exploited documents, macros do not have explicit operators to directly execute shellcodes using VBA operators. To achieve this, macros used by Hancitor import Windows API’s to write shellcode to an allocated memory space and then execute them using API’s with callback functions.

Previous variants used CallWindowProc and EnumResourceTypesA API’s to execute the shellcodes. This variant uses the EnumDateFormatsW API to achieve the same result.

Notable attempts were also used to hide the shellcode. Hiding strings and codes inside form controls have become pretty common with macro malware. The reason behind this technique may be due to the fact that some anti-virus engines only dump the macro code, but not the forms. In addition, this variant has also added some additional measures to complicate visually finding the shellcode.

Usually, the codes are written in the control’s properties where text can be written (e.g. labels, captions, etc.).

At first inspection, the form only contains two elements – postpaid and sottishness. However, based on the macro code, the string should be in the ControlTip property of the lancers control, which is a child control of the sottishness frame. 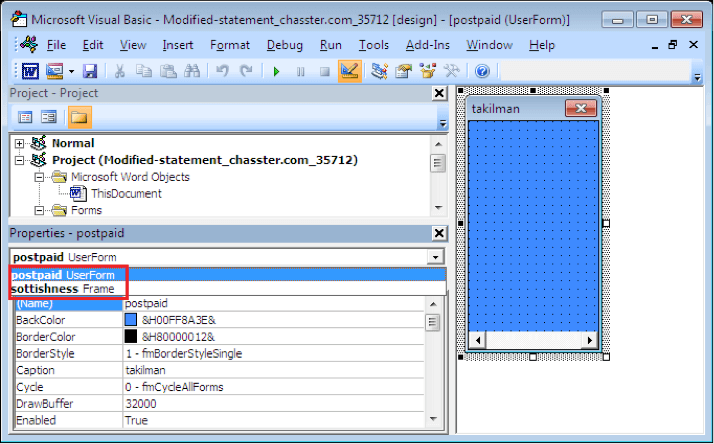 Frames are used to group controls, which are generally useful for building form layouts. Apparently, if a control is inside a frame, it will not be included in the list of the form’s children. It will be included in the frame’s list.

The form and the frame had to be resized to see the lancer toggle button control.

Fig.7 lancers control appears when the frame control is selected

Finding the shellcode is also a bit tricky. At this point, based on the macro code, we already know that the encrypted shellcode is in the ControlTipText property of the lancer toggle button. However, interestingly, at first glance it may seem to be empty. But judging by the position of the cursor in the image below, we know that it has data in it. It is just, for some reason, invisible or in some kind of a text with a white font, which should not be possible since these are just properties and formatting should not be allowed. 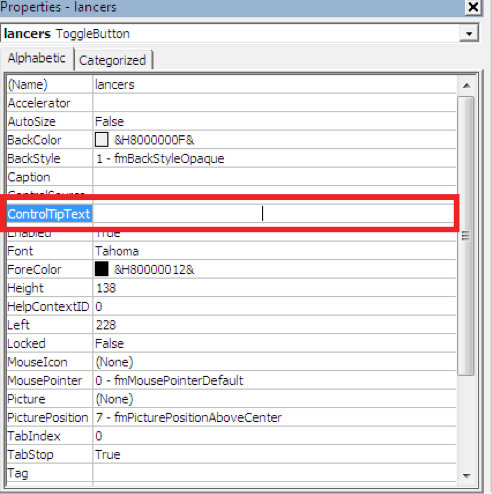 To check the text inside, the entire text must be copied and pasted somewhere.

This text, when decrypted, is the shellcode that will be used as the callback function to EnumDateFormatsW.

Fig.10 Executes the shellcode as a callback function

So how was the text invisible? It’s a very neat trick.

We suspected that it is somehow related to the length of the text. So we tested different text lengths until we got the same result.  The magic number is 1247h. If the length of the text is greater than this value, the text becomes invisible. This also works with other properties that accept text (e.g. label, captions, etc.)

To search for the encrypted Hancitor binary, it uses a technique called egg hunting wherein a string marker is searched in the memory.

This variant looks for the marker “STARFALL” in Winword’s memory. After decrypting the binary, it will be injected to a newly created Explorer process.

Fig.12 Shellcode searches for the marker to decrypt Hancitor

Similar to the previous Hancitor variants, to notify its C&C of a successful infection the following information is sent:

It then waits for commands from the C&C, which were just plain strings in previous variants. For this variant, however, they are already encrypted using a custom algorithm.

Fig.13 A communication between Hancitor and the infected user

We noticed that some commands have been added and removed. 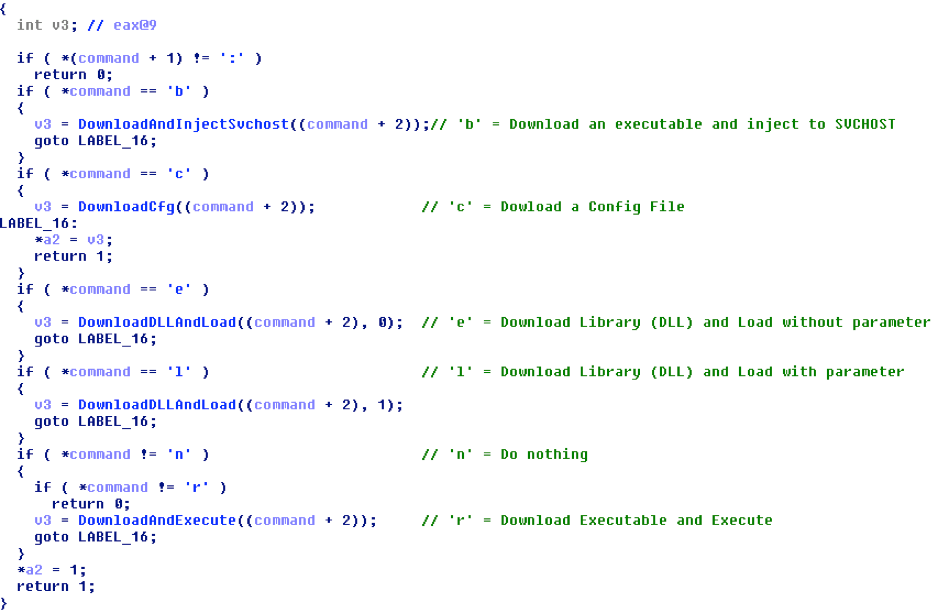 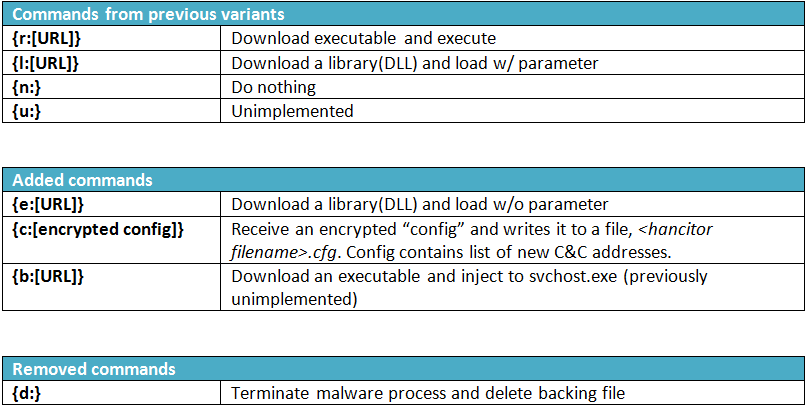 The command ‘b’, which was unimplemented in previous variants, is now fully functional.

Commands ‘l’ and the newly added ‘e’ are basically the same in that they both download a DLL and execute it in the memory without writing it to a physical file. Their only difference is that the latter receives an argument. We also noticed a function that loads the DLL using a new thread, but for some reason, it is currently unimplemented.

The “c” command basically updates the C&C list of Hancitor. This list is received as an encrypted data, and written to a file as .

Fig.17 Function for updating the C&C list from the written config file

This article demonstrates that Hancitor is actively evolving. By using simple but effective visual tricks and obfuscations, it makes reverse engineering complicated. And with its development on fileless loading for both itself and its payloads, it decreases the effectiveness of file signature-based detections.