Welcome back to our monthly review of some of the most interesting security research publications.

In this edition, I focus on talks at Virus Bulletin Conference, but check out some other very nice conferences at the end of this post. My own presentation at VB 2017 is available here, including some videos of demos.

Update November 10: (1) the first author for the ATM paper is Thiago Marques (2) added the link to the Industroyer paper. 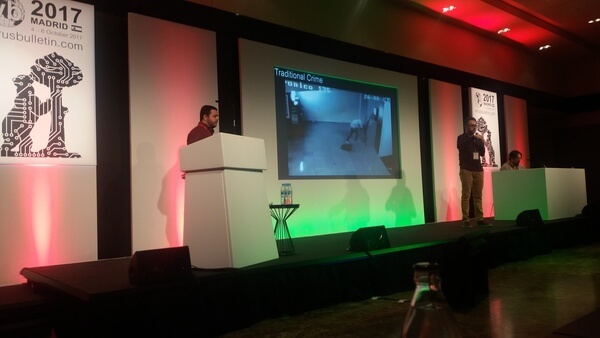 The talk started with a video of "classical" (but efficient) ATM robbing. The criminal opens an ATM, places a bomb inside, waits for the bomb to explode and crack the ATM open, then it's time to come back and collect the money. With computer malware, this attack is enhanced. For instance, the Plotus malware tells the attackers what amount of money they are going to find in the ATM, letting them decide if it's worth it or not.

The talk was great and Marquest and  Assolini are well known for his research on banking trojans and ATM malware in Latin & South America. If you wonder what's the status in the rest of the world for this, you should read R. Garrote and R. Rodenas, The Lord Of The ATMs (Rooted Con 2017). In particular, their slides mention Cobalt and Padpin, which seem to be active in Europe. 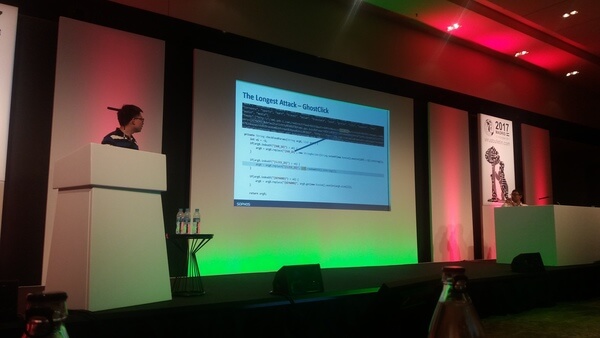 On Android, developers have the possibility to use a WebView object to provide an Internet browser experience to their application. Many app developers use that, especially because it eases development across different platforms, consequently reducing the number of lines of code to maintain.

For malware analysts, the problem is that webview offer far more features than just Internet browsing.Precisely, the issue comes from the addJavascriptInterface() method of the WebView class. As documented by Google, this method "injects a supplied Java object into this WebView".

The injected object's methods are then available through JavaScript. Consequently, a malware analyst now needs to check both the application's Java code and JavaScript the application uses.Another trick: note the WebView can be made "invisible" by setting its size to 1x1 pixel...

In brief: If you are an Android malware analyst, don't forget to check WebView calls and JavaScript pages... 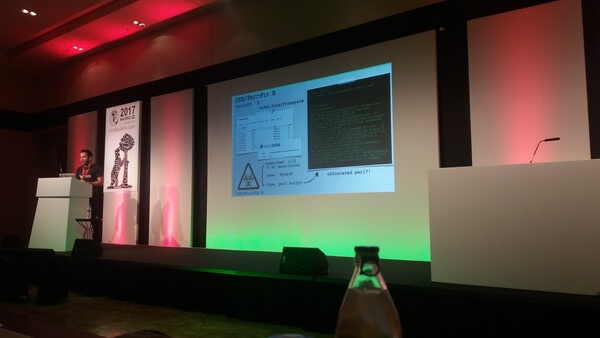 The speaker explains a common "offensive" methodology of malware reversing via implementation of a fake C&C. It consists in:

The paper is interesting for 2 aspects: (1) this methodology applies to non-Mac botnets too, and (2) it provides a detailed analysis of FruitFly. In particular, this malware uses obfuscated Perl code (which, I believe, is not common).While this methodology is not new, it is particularly adapted to full teardowns of malware, or situations where we want to take down botnets. 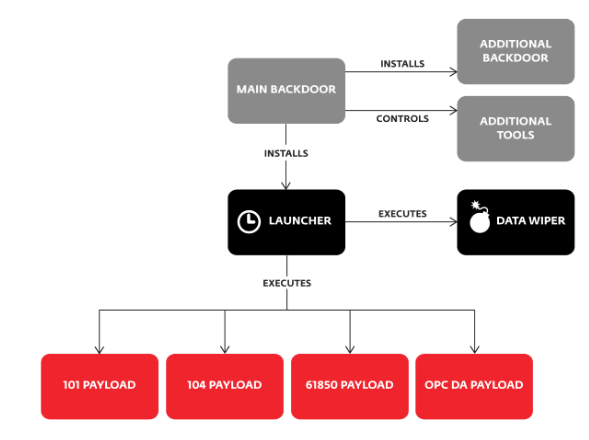 Simplified schematic of Industroyer components - taken from the paper

Win32/Industroyer is a malware which targets power grids. It is suspected to be at the origin of the power cut on Ukraine's capital in December 2016.

The malware also has a data wiper component, a port scanner, a DoS tool.The author made their point that this malware was crafted by attackers who are very skilled on SCADA/ICS systems.

Some non technical talks: interesting too!

There were a few non technical but nevertheless interesting talks. Some of those, in particular, have potential to fuel novative research or different research areas to look into: 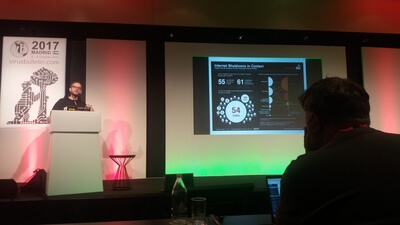 Very interesting though a bit depressing because AFAIK I see no technical solution :(

There were many other talks (advergaming, chkrootkit, bayrob etc) which inspired me for this or that reason and that I would love to report on, but the blog post would be too long. I'll leave it up to you to read the proceedings :)

Other conferences in October

There are many other conferences in October. Check those for other interesting papers: