Last year, I discovered and reported two Cross-Site Scripting (XSS) vulnerabilities in IBM’s Infosphere BigInsights. This week, IBM released a security bulletin which contains the fix for these vulnerabilities. CVE numbers CVE-2016-2924 and CVE-2016-2992 are assigned to them respectively.

InfoSphere BigInsights is an analytics platform for analyzing massive volumes of unconventional data in its native format. The software enables advanced analysis and modeling of diverse data, and supports structured, semi-structured, and unstructured content to provide maximum flexibility.

In this blog, I want to share the details of these vulnerabilities.

To reproduce this vulnerability, you can follow the steps below:

By analyzing the code of Infosphere BigInsights we find that the root cause of the vulnerability is that the special characters in the data passed to an Alert Type (for example ‘1466070163401’) are sanitized. The value of its ‘label’ attribute is not checked and escaped correctly. Following is the code snippet:

The data that the user ‘guest’ inputs into the ‘Name’ field is stored on the server. When the user ‘biadmin’ views the alert list, the value of the relevant Alert Type is retrieved from the stored data on the server. Its ‘label’ field value is not correctly checked and special characters are not escaped so that the generated web page contains the malicious code the user ‘guest’ provided. This results in the XSS vulnerability. 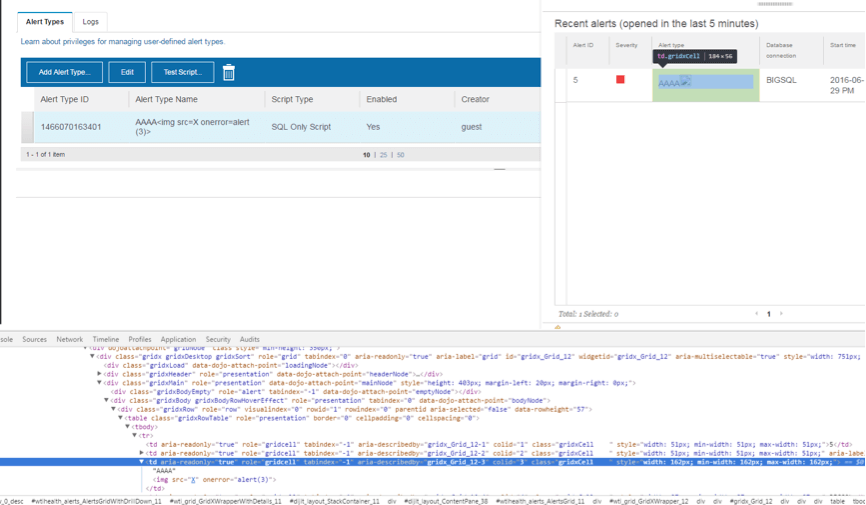 Figure 6. The injected XSS code is contained in the generated web page

This is a stored XSS vulnerability. That is, the injected code is permanently stored on the vulnerable server. When a victim navigates to the affected web page in a browser, the injected XSS code will be served as part of the web page. This means that victims will inadvertently end-up executing the malicious code once the web page is viewed in a browser.

To reproduce this vulnerability, you can follow the steps below: 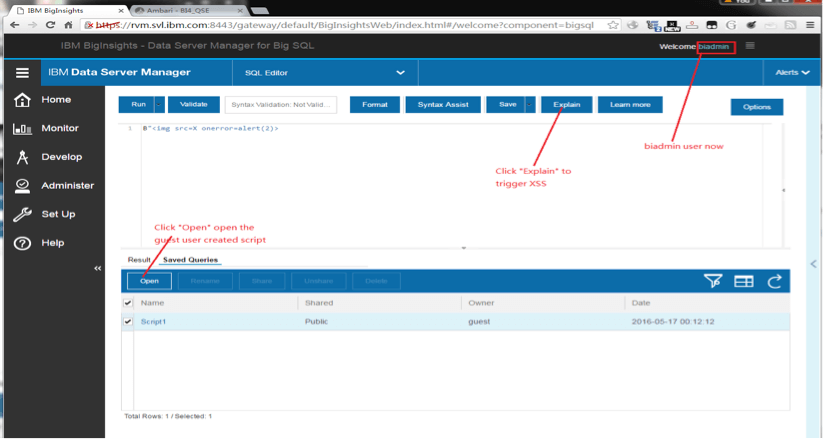 Figure 10. Open the query saved by the user ‘guest’

When the user ‘guest’ saves the supplied PoC as a query, BigInsight posts the parameters to the server and the malicious XSS code is embedded in the webUI. See the following packet:

When the user ‘biadmin’ clicks the "Explain" button, the embedded malicious code in the webUI is fetched. See the following request packet: 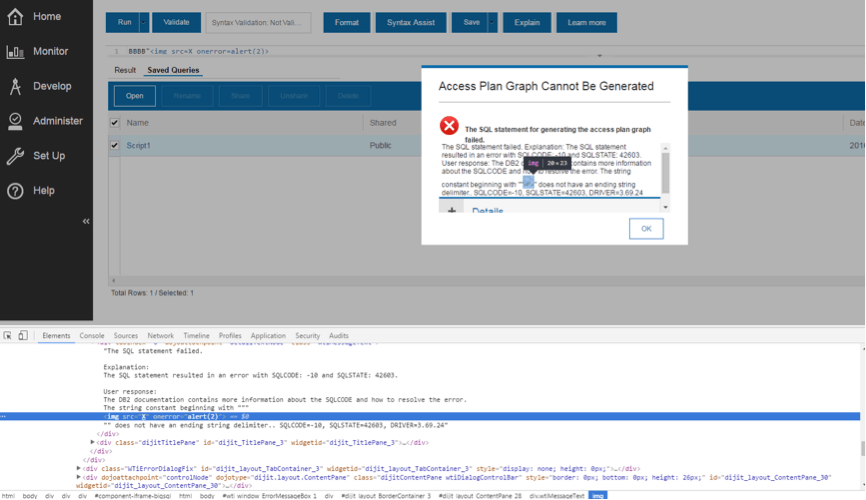 This vulnerability allows users to embed arbitrary JavaScript code in the Web UI. Thus, they can alter the intended functionality, potentially leading to credentials disclosure within a trusted session.