This past June 17th and 18th, 2017, Google hosted their second annual Capture The Flag (CTF) competition. The Google team created security challenges and puzzles that contestants were able to earn points for solving. It’s a clever way to leverage the security community to help protect Google users, and the web as a whole. Last year, over 2,400 teams competed, and this year the number was even higher.

FortiGuard Labs decided to pull together a team and then write up a report on the experience.

So, first things first, this challenge was under the miscellaneous category. So in preparing for the challenge we needed to expect the unexpected and broaden our horizon from the start.

At first look, the challenge looked like a Web Application based challenge wherein we needed to input some text to be read by the webserver using the endpoint /?f=.

Like any normal Web Application, we started off with XSS payloads, directory traversal, etc. Since there is no context (like it should be in a dynamic website) as to what input to be provided, we got no response. I tried several inputs, but none returned any result. Finally, I tried to ‘DIRECTLY’ (without any traversal) read the /etc/passwd file, like most hackers do. And voila, Houston responded with the /etc/passwd file.

Using the same approach, we got responses from /etc/shadow, /etc/issue.net, and /etc/debian_version, as seen in the following figures:

As a result, we knew that the system was Debian 8.8 (Jessie), and also that /etc and its subdirectories were accessible.

Looking at ‘/etc/mtab’ we noticed that the response contained ‘app_engine’. “Hmm, maybe it is using the Google App Engine?”

Looking at /etc/resolv.conf we were able to confirm that it was, indeed, inside the Google Cloud Platform.

Looking at the output, it seemed like‘kuqo48d’ was a pretty random choice of name. We wondered, “is this a docker installation?” We decided to confirm.

Looking up /usr/sbin/policy-rc.d we saw docker instructions, so we could verify that it was, indeed, a docker installation.

We also notice several signs of chroot being used, as seen in /etc/bash.bash.rc and /root/.bashrc.

So, we were also able to determine that this was definitely a Jail’ed environment.

Afterwards, I started thinking that maybe the challenge was more “literal.” The challenge was called ‘MIND’reader, which in this context could possibly refer to reading the memory of the server. But, we weren’t sure, YET.

On a normal Linux system, the memory is stored inside /proc, but when we tried to access /proc we hit a 403 Forbidden Access error.

We tried accessing index.html and index.php, but with no result. Finally, I remembered that the original Google website was built on ‘Python’ decades ago. Which led me to think that this site could have been built using python as well.

The most popular and logical python file that came to mind was main.py, and voila, Houston again responded.

Here, we noticed the word ‘FLAG’ so we knew that we had found some sort of hint. Looking at the python file closely, we observed that os.environment might have the FLAG inside of it. We also noticed that proc/random/zero/stdout/stderr keywords were all blocked by the web application.

This explains why we got a 403 earlier when trying to access /proc.

We tried accessing /etc/environment, but no luck there, and we had already looked under the bashrc, bash_profile and other user files. The only option remaining was the environment details inside /proc, BUT that was inaccessible. We had hit a wall.

However, after some Googling around I came across a post online that stated that the /dev/fd is symlinked to /proc/self/fd. Here’s the link: https://www.google.com/#q=dev/fd

/dev/fd is a directory, so we needed to access individual file descriptors.

We tried to access /dev/fd/1 to /dev/fd/7, but we didn’t get any response. BUT, finally, /dev/fd/8 returned the following value. 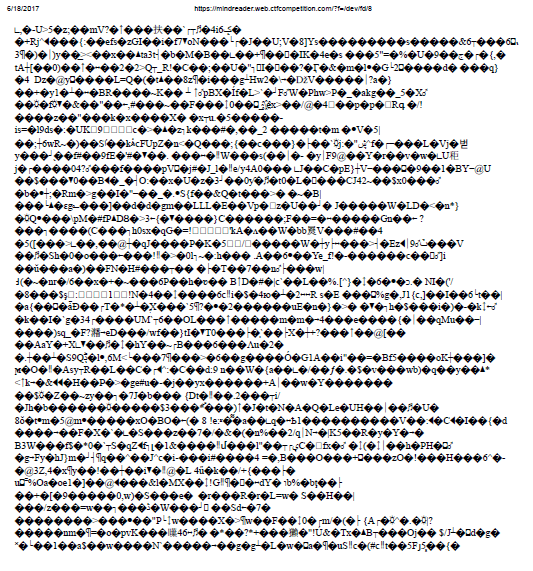 NOW we knew that we could access /dev/fd, and we also knew that /dev/fd symlinked to /proc/self/fd

So, we tried a simple directory traversal using the command /dev/fd/../environ, and BINGO! we had the FLAG!

This was a fun and interesting challenge, and it really made us work to figure out the clues. Out of the thousands of teams participating, we placed 115th, which we were pretty happy with. Because so many people and organizations around the world use Google services, an event like this that attracts the top security professionals in the industry is a clever and effective way to improve security that benefits millions. We plan to continue to participate in similar events in the future.

The Strange Case of Play Policy for Copyright and Security