Over the last few weeks, ASUS released a series of patches aimed at addressing a number of vulnerabilities discovered in their RT routers running AsusWRT firmware. The models listed at the end of this post are known to be vulnerable. If you are not sure which model or firmware you are using, I recommend double-checking the ASUS support website to get the latest information and updates. 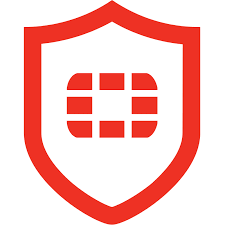 FG-VD-17-216 is an ASUS authenticated remote code execution vulnerability that FortiGuard Labs originally discovered and reported (CVE-2018-9285). If your web management portal is available via your WAN connection, and you don’t use that feature, we recommend disabling it (it’s not the default parameter). If, however, you depend on that feature, we suggest setting a strong password and only using HTTPS for router administrative tasks. If a criminal is able to access that portal, or if he can trick you into following a malicious link, he will be able to execute an HTTP request that injects operating system commands that can run directly on the router.

Technically, vulnerable models are prone to OS command injections via unsanitized parameters passed to the /apply.cgi. We believe that this vulnerability is a regression that was inadvertently reintroduced in the previous firmware version (in our case, the test device was a RT-AC3200 running firmware 3.0.0.4.382_19466).

In Main_Analysis_Content.asp in particular, the SystemCmd variable is created on the client side in the JavaScript function updateOptions(), which in turn uses the values from the input fields pingCNT and destIP. A web proxy can then be used to bypass the local checks that are normally done, and then /cmdRet_check.htm is used to asynchronously return the response from the request. The command is then executed with no further checks performed on the server side.

FortiGuard Labs has rated this vulnerability as High because if the HTTP injection attack is successful, commands will be executed with the device’s highest privileges (root user). However, it should be noted that to be successful the attacker would also need to obtain the valid authentication token passed in the HTTP Cookie header.

I would like to thank the ASUS Security Team for their quick turn-around in fixing the vulnerability we reported.