Recently, a variant of Mirai hit a German telco, forcing 900,000 customers off the Internet. Interestingly, the intent of the malware was not to crash these routers, but to enroll them in a botnet using a malicious TR-069 message, but a coding error in the malware caused some modems to fail rather than run the exploit code.

The FortiGuard team has issued an AV signature for this Mirai variant, named Linux/Mirai.B!worm.

Several binaries were found in the wild for different architectures. I'll examine the one for ARM here, as that's the variant I'm the most familiar with.

A look at the strings in the binary reveals the following:

So, it probably uses the same "encryption." The function add_auth_entry calls deobf, and deobf performs an XOR with 0xDE, then 0xAD, then 0xBE, then 0xEF.

In the code, I spotted the decryption function: 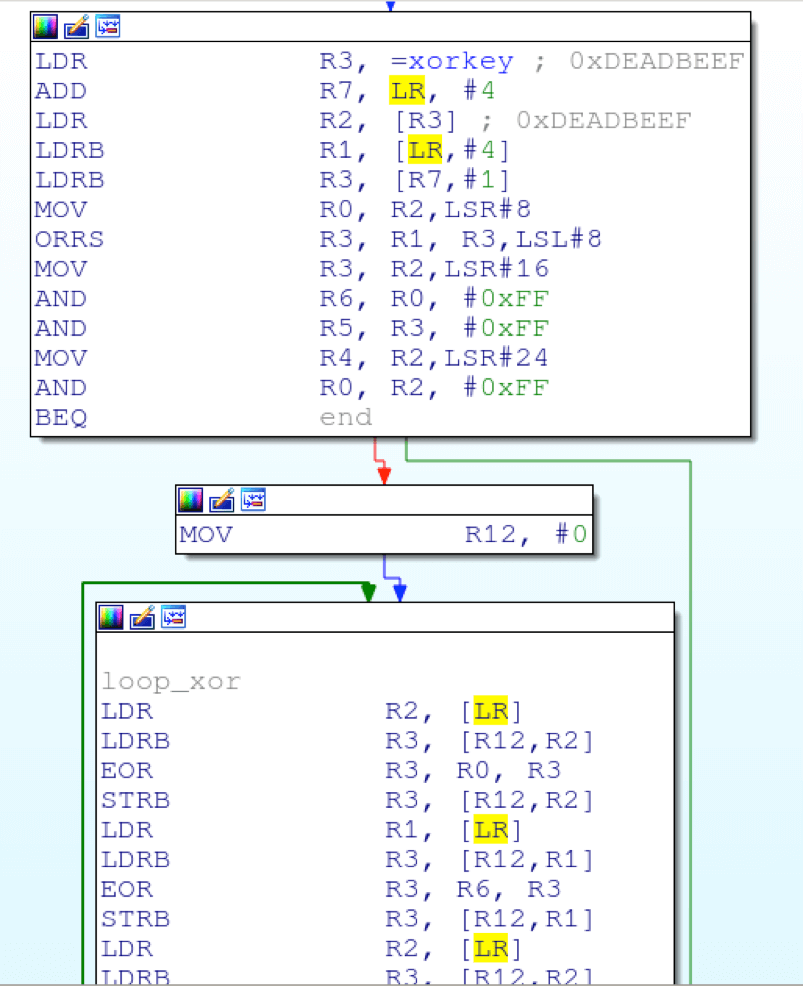 The XOR with 0xDEADBEEF is equivalent to XOR with 0x22. I consequently wrote a very basic IDA Pro script to apply to a given address.

In the images below you can see the differences between the code before the script is applied and after. 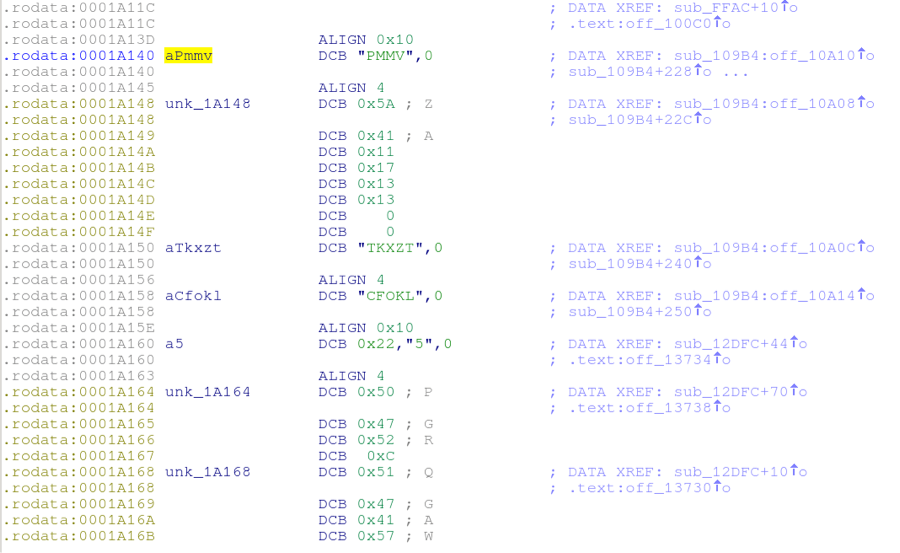 Before the script is applied

After the script is applied, the strings appear in clear text

Here we see some typical username/password pairs the worm will try to brute force: root/xc3511, root vizxv, root/admin. We also see names of remote hosts such as rep.securityupdate.us (beware, this one is still currently active,) and ntp.timeserver.host (which is no longer responding.) We can also see the strings for various other malware that Mirai kills in order to 'sanitize' the device:

We also spotted the string TSource Engine Query, which relates to indirect Denial of Service attacks using online gaming servers that use the Valve Software protocol. The idea is to query a game server and have it send unsolicited information to the party the attacker wants to DoS.

Where is the SOAP?

Mirai.B exploits a vulnerability on some routers or modems which use the TR-069 protocol. As I explained in the description of Linux/Mirai.B, this protocol is used to manage routers and modems. In particular, you can POST to it XML SOAP to specify a new NTP server to use and automatically synchronize time with. Unfortunately, the implementation of this command is vulnerable in some cases, and allows for code execution. Instead of specifying the name of a new NTP server, Linux/Mirai.B specifies a command line, such as:

Where is this in our binary? It's in the decrypted strings!

In the case of our binary, the command is:

The first command downloads x.sh from a remote host using wget (HTTP,) sets executable rights, and executes x.sh. The second commands does the same, but using TFTP. The files x.sh or y.sh turn out to be binaries, such as the one I analyzed. 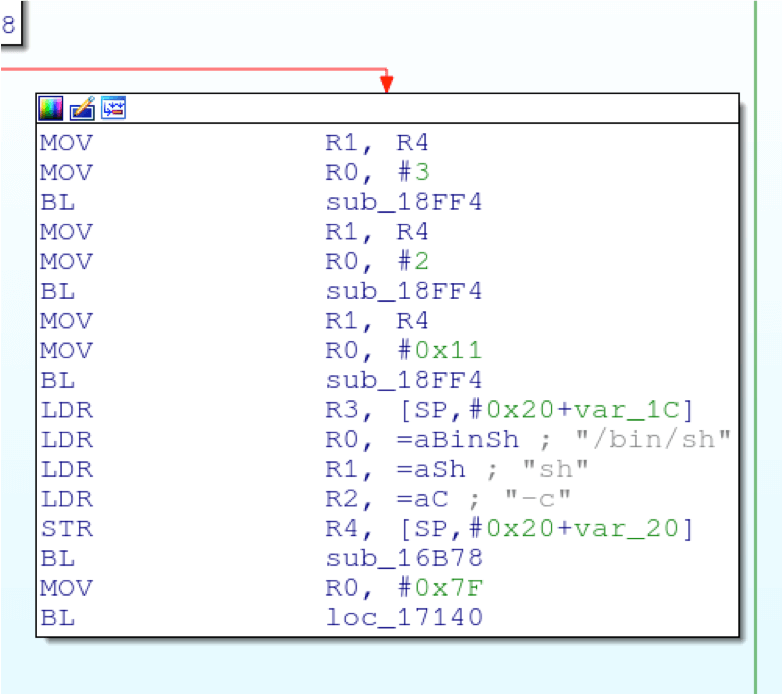 Inspecting cross references, this routine is called with the string busybox iptables -A INPUT -p tcp --destination-port 7547 -j DROP. This command modifies the host's firewall to block incoming connections on port 7547, which corresponds to the TR-069 protocol. In other words, the malware ensures its host cannot be re-infected twice.