Recently, we found a new Android rootnik malware which uses open-sourced Android root exploit tools and the MTK root scheme from the dashi root tool to gain root access on an Android device. The malware disguises itself as a file helper app and then uses very advanced anti-debug and anti-hook techniques to prevent it from being reverse engineered. It also uses a multidex scheme to load a secondary dex file. After successfully gaining root privileges on the device, the rootnik malware can perform several malicious behaviors, including app and ad promotion, pushing porn, creating shortcuts on the home screen, silent app installation, pushing notification, etc.  In this blog, I’ll provide a deep analysis of this malware.

A Quick Look at the Malware

The malware app looks like a legitimate file helper app that manages your files and other resources stored on your Android phone. 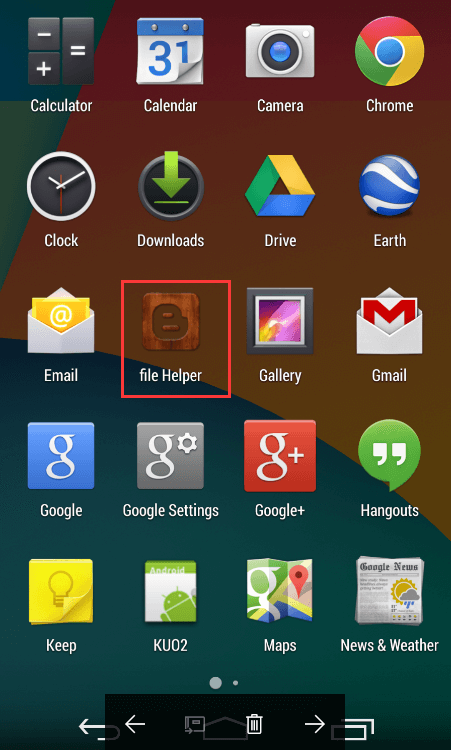 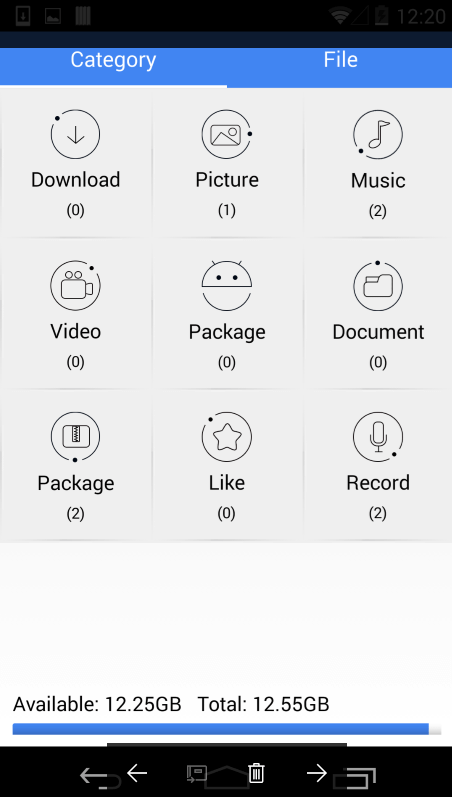 Figure 2. A view of the malware app

We decompiled the APK file, as shown in Figure 3. 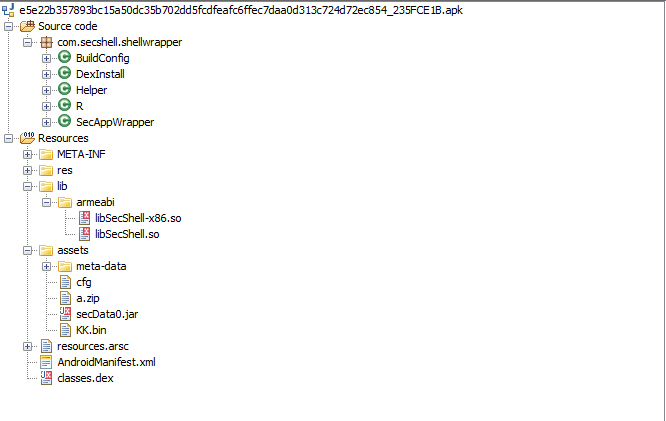 Its package name is com.web.sdfile. First, let’s look at its AndroidManifest.xml file.

We can’t find the main activity com.sd.clip.activity.FileManagerActivity, service class, or broadcast class in Figure 4.  Obviously, the main logic of the file helper app is not located in the classes.dex.  After analysis, it was discovered that the malware app uses the multidex scheme to dynamically load a secondary dex file and execute it.

The following is the workflow of the android rootnik malware. 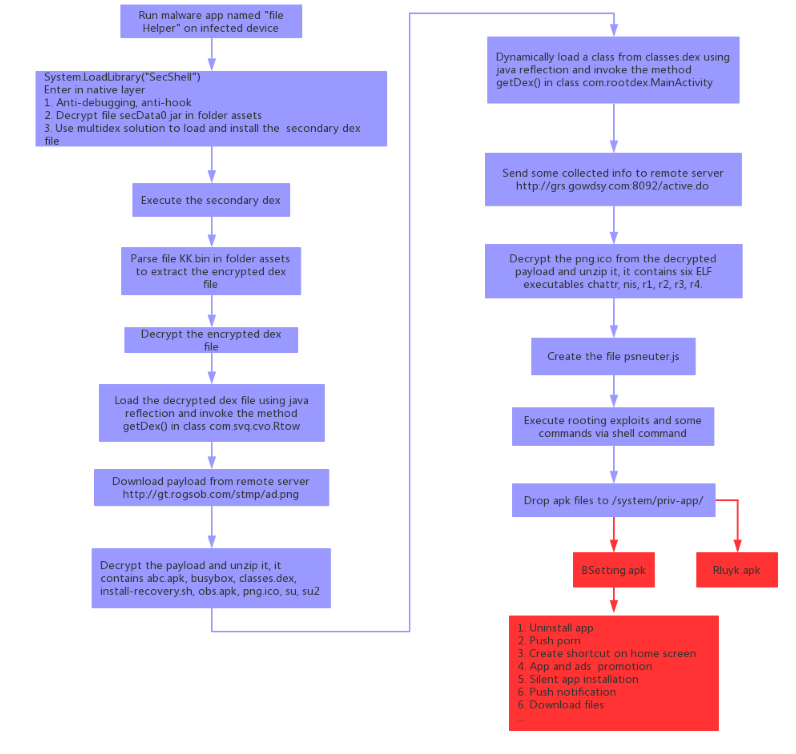 Figure 5. An overview of the android rootnik malware’s workflow

The following is a code snippet of the class SecAppWrapper.

Figure 6. A code snippet of the class SecAppWrapper

The execution flow is shown below.

The static code block loads the dynamic link library libSecShell.so into the folder assets, and the program enters into the native layer, performs several anti-debug operations, decrypts the secondary dex file, and then uses a multidex scheme to load the decrypted secondary dex file, which is actually the main logic of the real application.

The class DexInstall is actually the class MultiDex, and it refers to

In function attachBaseContext, the program loads the class com.sd.clip.base.MyApplication, which is the execution entry of the secondary dex. The method attach of Helper is a native method.

In function onCreate, the program executes the method onCreate of the class com.sd.clip.base.MyApplication.

That’s it. The first dex file is rather simple. Next, we’ll do a deep analysis of the native layer code, which is very complicated and tricky.

III. The scope of the native layer code

As described above, the native layer code uses some advanced anti-debug and anti-hook techniques, and also uses several decryption algorithms to decrypt some byte arrays to get the plain text string.

The following is part of the export functions in libSecShell.so.  It becomes harder to analyze due to obfuscated function names. 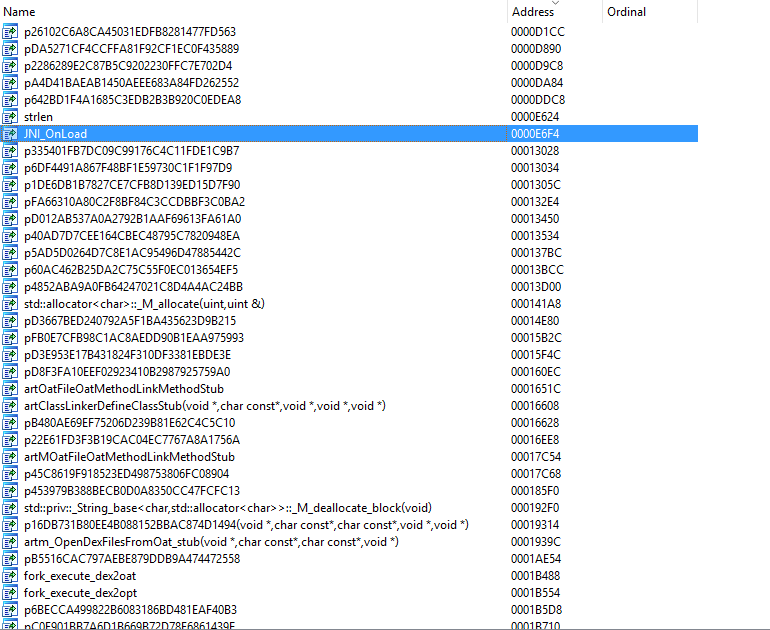 The function RegisterNatives is used to register a native method. Its prototype is shown below.

The definition of JNINativeMethod is shown below.

The first variable name is the method name in Java. Here, it’s the string “attach”. The third variable, fnPtr, is a function pointer that points to a function in C code.

Let’s look at the following code in IDA:

Based on our deep analysis, the instruction at address 0xF832 is a jump to address loc_F924.

After tracing some code, we found the anti-debug code.

Figure 11. The location of the anti-debug code

The following is its graphic execution flow, which is very complicated.

The following are some methods of anti-debug and anti-hook used in the malware.

2. It then uses an kind of multi-process ptrace to implement anti-debug, which is tricky a little.  Here we don’t plan to provide a detailed analysis of the anti-debugging implementation mechanism, but only give some simple explanations.

We can see that there are two processes named com.web.sdfile.

The following is a snippet of multi-process anti-debug code.

Figure 16. A snippet of anti-debug code

3. The program also uses inotify to monitor the memory and pagemap of the main process. It causes the memory dumping to be incomplete.  The two processes use pipe to communicate with each other.

In short, these anti-debug and anti-hook methods create a big obstacle for reversing engineering.  So bypassing these anti- methods is our first task.

Let’s try to bypass them.

Figure 17. How to bypass the anti-debug code

Next, we dynamically debug it, bypass the anti-debug, and then dump the decrypted secondary dex file. The dynamic debugging is shown below.

Figure 18. Modifying the value of R0 to non-zero 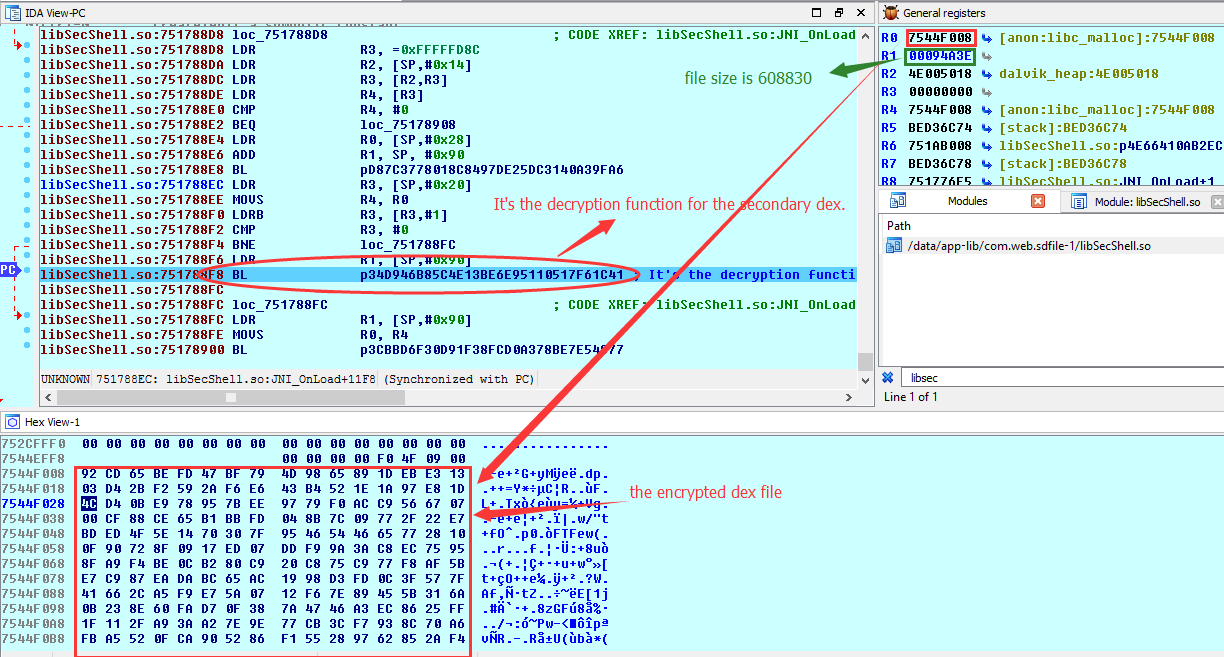 The function p34D946B85C4E13BE6E95110517F61C41 is the decryption function. The register R0 points to the memory storing the encrypted dex file, and the value of R1 is the size of file and is equal to 0x94A3E(608830). The encrypted dex file is secData0.jar in the folder assets in the apk package. The following is the file secData0.jar.

Figure 21. The file secData0.jar in the folder assets in the apk package 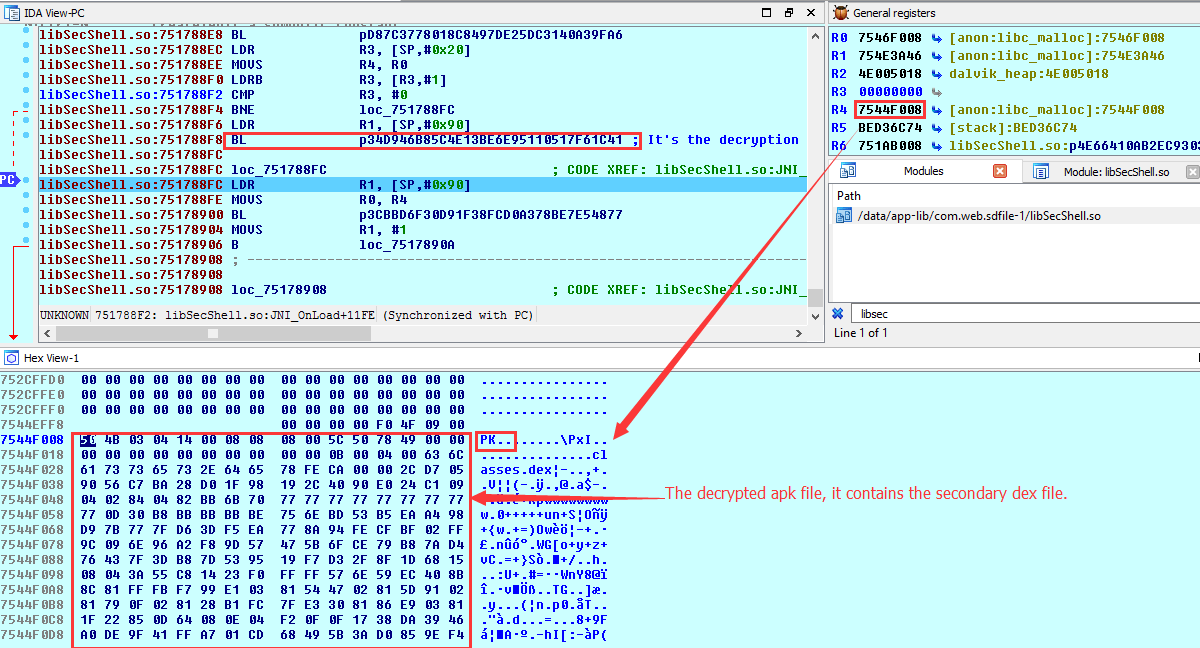 Figure 22.  The content of the decrypted secondary apk file in memory

We can now dump the memory of the decrypted file to the file decrypt.dump.

The decrypted file is a zip format file, and it contains the secondary dex file. After decryption, the program decompresses the decrypted secondary apk to a dex file. The function p3CBBD6F30D91F38FCD0A378BE7E54877 is used to decompress the file.

Next, the function unk_75176334 invokes the java method install of class com.secshell.shellwrapper.DexInstall to load the secondary dex.

Here we finish the analysis of native layer and get the decrypted the secondary apk file, then will analyze the apk file in the part II of this blog.

The Decryption Function That Decrypts secData0.jar in Native Layer: