This adware family is not new, but the instances we analyzed were still undetected by all anti-virus vendors last week, as far as we know.

Besides aggressively serving ads to your mobile phone, this potentially unwanted application (PUA) posts your phone number and list of applications you installed to their remote servers.

We caught the adware red-handed trying to deceive our analysis.

As it often happens, the PUA tries to detect it is running on a real phone or not.
Figure 1 shows it checks whether the IMEI or phone model is fake.

If it detects fake IMEI or fake model it assumes it is running on an emulator or test device and just won't work. Too bad for the AV analyst, more steps will be required...
See Figure 2, there is no advertisement traffic at all: the only two packets which were captures correspond to a Google server which has no relationship with Feiwo.

Figure 2: The PUA shows absolutely no web traffic at all on a standard emulator in the wrong country.

The PUA also checks the phone is located in the appropriate country for its advertisement. So, if we change the emulator's GPS coordinates, we notice a little more traffic (see Figure 3) but still not much since this is an emulator.

Setting the GPS coordinates for the emulator:

Figure 3: When in the appropriate country, the PUA shows a little more web traffic, but still not much because it detects it is running on an emulator

Figure 4. Full traffic for the PUA - hidden from a quick analysis

So, we finally managed to capture HTTP traffic, but besides it being gzipped, it also appeared to be encrypted (see Figure 5). 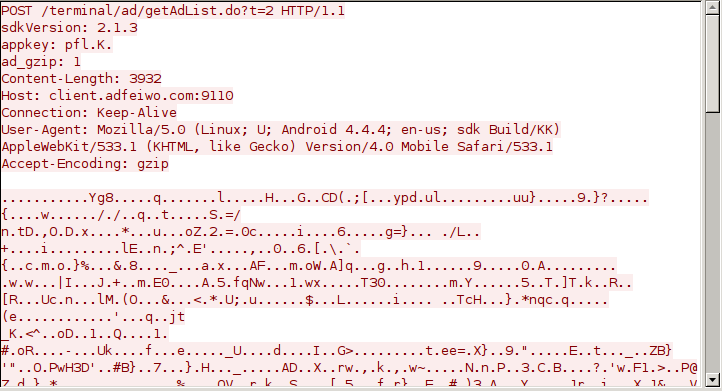 Figure 5. Encrypted data posted by the PUA to its remote server

Reversing the code, we figured out the data was encrypted using DES-ECB (which is a poor choice by the way). But where is the password?!

That's when we noticed many obfuscated strings:

Those strings are also encrypted using DES-ECB, but the key is hard-coded (but different for each sample we analyzed), so we decrypted the strings, just to peep in. Hurray! Plenty of information (our decryption program prints first the encrypted string, then decrypted):

That's where the string "bXXXXXXe#66#88" drew our attention (NB. parts of this string are censored to preserve your privacy in case you are infected with Adware/Feiwo). A strange string, not too long, and with no apparent meaning. So we searched in the code where it was used. Of course, do not search for "bXXXXXXe#66#88" but for the encrypted version "CB2AF10CBF6C0C26..." (note: the encryption key is different each time).
Yes, that's the key used to encrypt/decrypt communication with Feiwo's remote servers.

But, a DES key is only 8 byte long, and here we have 16. Reading the specs of DESKeySpec, we see the input may be longer, but only the first 8 bytes are taken into account.

So, actually, the end "e#66#88" is totally useless. We quickly set up a Python script to decrypt our packets:

and finally were able to see what the PUA was sending to its servers: a big JSON object  with our phone number and list of installed applications...

What Does Fortinet Do About It?

AV analysts: with this blog post, you should be able to keep an eye and detect similar samples.

Customers: the following samples are detected as Adware/Feiwo!Android (SIGID: 125095892- 125095894). To get rid of it, you simply need to remove the corresponding application.