This is the second blog in a series titled WhiteHat, chronicling the most pressing questions about what it really means to be a hacker, the moral dilemma that white hat hackers face, and what a profession in cybersecurity is really all about. Read more stories from the hackers at Fortinet here. 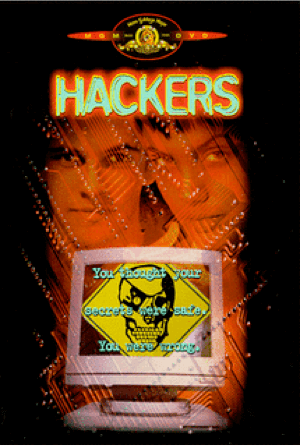 When you run a search for the term “Hackers” you will most certainly come across (1) the 1995 film Hackers, (2) a lengthy Wikipedia article or disambiguation page, and (3) the timeless book Hackers: Heroes of the Computer Revolution (recommended).

Among the other results, you may also find “How To Become A Hacker” by Eric Steven Raymond (ESR).

Originally conceived in 2001, this document has become the standard beginner’s guide for autodidactic “hackers.” Though there are plenty of other documents, books, and manifestos that have codified the hacker ethic and culture, this one presents something unique. In addition to extolling the values of FOSS and the hands-on imperative, ESR’s guide on how to become a hacker offers a well-rounded description of the “Hacker”, including a solid visual representation (and I am not talking about this).

Behold, the “Glider” emblem. The Glider has fascinated hackers for generations and now lives on as possibly one of the most simplistic visual representations of everything hackers stand for. 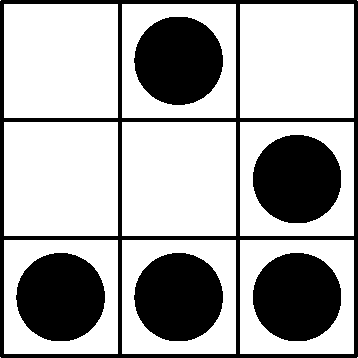 A Brief History of Life

In 1970, the mathematician John Horton Conway, created a simplified set of rules inspired by John von Neumann’s idea of a machine that could build copies of itself. The result was Conway’s Game of Life (or just Life), a cellular automaton program bound by four simple rules:

Conway used a Go board to run through some of the initial permutations of Life. Lucky for us we have easy access to computers that can run Golly, an open source reproduction of Life. The earliest software version of this simulation brings us all the way back to hackers at MIT up until the wee hours of the morning with their PDP machines. Conway’s Life became instantly famous for its ability to create rich visualizations of algorithmic expressions and ultimately became one of the most fascinating playthings for computer enthusiasts and academics alike in the early 70’s. In practice, the rules are applied like so:

The Significance to Hackers

The Glider pattern is of significance because it is the most simple pattern to move across the board and interact with other patterns. Because of its simplistic nature it can create emergent phenomena on the Life board and display complex interactions that are hard to predict. The possibilities are truly endless and have inspired generations of hackers to create some truly amazing results.

As an emblem, the Glider can represent a number of things. Of course, the historical context of Life makes it relevant, considering its first public explanation in Scientific American in 1970. This was roughly the same time that the internet and Unix were born.

The way in which the Glider interacts on the Life board also acts as a very apt metaphor for the free and open source software movement, insofar as the success of the movement was an unexpected phenomenon that has significantly shaped hacker culture. There is something about Conway’s Life, however, that taps directly into a feeling of raw possibility.

When you first open the application you are confronted with an infinite two-dimensional plane, black with white lines. You can fill any number of cells to indicate life and start the simulation, seeing your creation survive or perish at the hands of an algorithm. Conway’s life is more than that however. It is a complete universe and you have control over it, to give it some design or to throw it into total chaos. It is this experience, similar to that of a great artist, which underlies the modern condition of all hackers, the power to reify. The ability to conjure something real from pure logic or an idea in your head into existence drives what we call hacking.

The Game of Life running on PDP 8/e