Veteran’s Day is a great opportunity to feature a “graduate” of our Fortinet Veterans Program, which attempts to help fill the cybersecurity talent gap by helping veterans transition from the armed forces back into a civilian job in the realm of cyber security.  Today we spotlight Chris Armstrong, a former Marine Officer who was stationed at Camp Pendleton in California. You can also read about other graduates from the program on our blog.

A shorter version of this article first appeared in ITSPmagazine 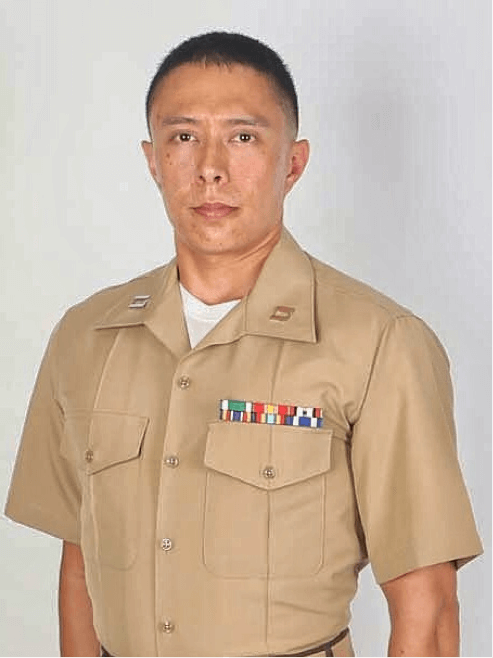 Can you give us a summary of your background in the military?

I was a Communications Officer for the Marine Corps, in charge of everything from network devices to computers to radios - basically all the things that connect people. We installed the systems, maintained them, and made sure they were protected, which included installing and managing anti-virus software, encryption configurations, and everything in between. The Communications Officer manages the Marines that perform those tasks. After my initial training, that’s what I did for four years.

What do you do now?

I was hired out of the FortiVeteran program as a Network Security Engineer at a small IT Services firm in San Diego called CSCI. If a company doesn’t have the ability to hire a full-time IT team, they'll call up CSCI and our team goes in there, solves any computer and network server issues, and gets their installation secured and running smoothly. I'm the one that configures the firewalls and ensures that the communications inside and outside the network are appropriately encrypted.

How did you get into the FortiVeteran program?

At the end of my time in the Marine Corps I was in charge of a communications training center here on the West Coast at Camp Pendleton, where we train other Marines assigned to communications. I taught a few security courses, as well as a couple of the hacking courses over there. That was when I came across the FortiVeteran program. I checked it out and met Andrew Adrian, the FortiVeteran Program Lead, who gave me the basic information about the program. I was looking to continue with computer security after I left the Marines, so it looked like a great fit.

I did the initial interview, which is where they see if you're a good fit for the program, and if you fit the profile of someone who is passionate to learn computer security and who is willing to work. The program is set up really well to help you transition from a military culture over to a civilian, commercial culture. It has worked out well because I work here part time, which allows me to go to school part time.

Why do you think the program is important to help fill the talent gap in cyber security?

The reason there is such a shortage of really talented folks in cybersecurity is that it requires such a wide range of knowledge and capabilities, as well as a passion for the arena. What sets the Fortinet Veterans Program up really well for filling the talent gap is that they are looking for people who are really into computer security, and they have the capability to train those people to ensure they have the skills needed. You get a lot of people coming out of the military with technical backgrounds and experience in security, which was the case in my situation. They are able to find higher-level positions for those people. But you don’t even have to have a technical background. If you’re really interested in learning computer security, the Fortinet training can get you the knowledge and skills you need to be well on your way.

What is the benefit of hiring military veterans?

Veterans have been trained to have the sort of situational awareness that a career in security requires. And they know how to work, and are used to putting in the time necessary to become good at what they're doing. When the going gets rough, and a lot of times it does in computer security, veterans will put in the work necessary to get past those rough times. Many times, it’s when the pressure is on that military veterans do even better. A little bit of stress actually increases their performance and makes them even more alert.

What would you say are the benefits to a company for hiring someone from the Fortivet program?

I'd say the biggest advantage is you have a vetted individual, someone who has been through a rigorous interview process. The FortiVeteran program tries to match veterans to opportunities for which they are best suited, so you have that intermediary that can tell you who they are, what they’re good at, and if they have the level of knowledge and skill you need for the role you’re trying to fill.