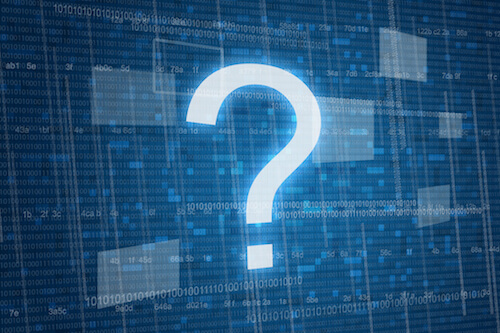 Ever since the Mirai DDoS attack was launched a few weeks ago, we have received a number of questions that I will try to answer here. If you have more follow-up questions, please let me know!

Who is the Author of Mirai?

The presumed developer goes under the pseudonym of 'Anna Senpai' on Hackforums - an English-speaking hacker forum.

His/her account on the forum is recent (July 2016). and was probably created when he/she started working on Mirai. For example:

The account does not reveal any personal data, apart from that Anna Senpei poses as a clever person, well informed on cybercriminality.

His/her (actually, I'd vote for "he,” but that's a personal guess!) country of origin is unknown. The only possible hints are the following - but they could all be false leads:

Finally, note that "Anna Senpai" is very probably the developer of Mirai, but may not have been involved in all of the DoS attacks attributed to Mirai. Indeed, as the source code was publicly released on Sept 30, 2016, other individuals or cybercriminal groups may have downloaded and used it. Some will say this strategy is quite shrewd to complicate attribution. ;) On a positive note, inspection of the source code makes the malware easier to understand and detect. It may be viewed on several github repositories: here, here and here.

Who is Behind the Attacks?

The most recent attack on Dyn was claimed by a group known as New World Hackers in retaliation for Ecuador's rescinding Internet access to WikiLeaks founder Julian Assange, who has been granted asylum at their embassy in London. Two members of this group said they did it to "test power.” So far, this claim hasn't been backed up by other data.

For other attacks: see the first question. Attribution is more difficult because the source code is now public.

Is the Malware Advanced?

The source code does not implement any particular "exploit" and is therefore relatively easy to write. It is, however, quite well written, and the implementation of all types of floods requires some network programming knowledge.

Anyway, contrary to general belief, a malware need not be "advanced" to be efficient: the KISS principle (Keep It Simple, Stupid) works very well for malware...

What is the Relationship of Mirai With Kaiten, Gafgyt, Bashlite etc?

Note. This table might be incomplete. Also please report any errors.

How do we Know Linux/Mirai infects IoT?

We deduce this from two different points:

Yes, it can. Mirai targets Unix systems using busybox whether they are IoT or not.

Most of the problem originates from using default passwords. Why can't the owners change them?

On several of those IoT devices, the password is hardcoded in the firmware, and the tools to change it are not provided.

How do we know a given DDoS comes from devices infected with Linux/Mirai and not from another malware?

Given the situation, there are several ways to check that the attack specifically comes from Mirai:

Do Fortinet Products Protect Against Linux/Mirai?

Yes, of course! Fortiguard researchers have developed both AV and IPS signatures to detect Mirai. It is reported as "Linux/Mirai.A!tr" at the AV level, and as "Mirai.Botnet" at the IPS level.

Thanks to David Maciejak for his review and inputs.